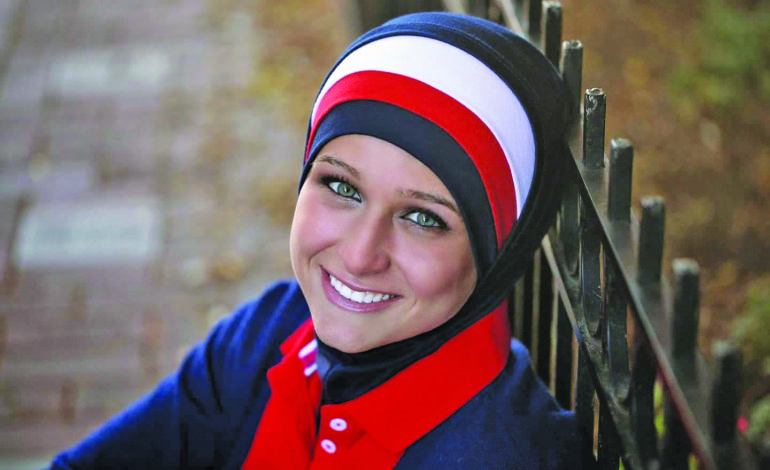 DEARBORN — Lebanese American student Nadine Jawad, 21, might be the first Arab American from Dearborn to receive one of the most prestigious fellowship awards in the world, the Rhodes scholarship.

Jawad, a senior at the University of Michigan’s Gerald R. Ford School of Public Policy, is one of 32 American Rhodes scholars chosen for post-graduate studies at Oxford University in England. She plans on completing two master’s degrees there; “Refugee and Forced Migration Studies” and “International Health and Tropical Medicine.”

Rhodes Scholars are selected for their exceptional academic accomplishments, their philanthropic work and proven leadership skills. Jawad confidently proved she qualified as an excelling student, student government vice president, co-founder of Books for a Benefit and through her many other community outreach efforts.

I wish more fathers were open to having discussions with their daughters like my dad has been for me.

She is also a recipient of the Truman Scholarship, a leading U.S. graduate fellowship for those pursuing careers as public service leaders.

Jawad said the Rhodes scholarship application process entailed a 1,000 word essay about herself, her resume, eight recommendation letters, a letter from her advisor and a letter of endorsement from the provost of the university.

She and three other students received endorsements. From there, Jawad’s application was sent to the regional selection committee that picked her as a finalist with 13 other students from district 11 to interview. Two are chosen as Rhodes scholars from each of the country’s 13 districts every year.

“I kept on bracing myself to not hear my name,” Jawad said. “They said my name first and I just started crying.”

She said right after her win, she told her parents that “it’s all for them.”

Jawad said her father’s immigration story inspired her studies and if it weren’t for him, she wouldn’t be so passionate about her field.

“I heard from my dad about what it was like to leave Lebanon and leave their home behind,” she said. “I’m studying health and conflict zones and I’m looking at refugee populations… what their health looks like in the war and when they come to a new country and what the barriers are to their healthcare.”

In October, Jawad wrote a story on the Dearborn Blog called “A Woman’s Right to Move”, which is about her determination to move to Ann Arbor and attend the University of Michigan.

“Around my junior year, I mentioned over dinner that I would be applying to attend U of M,” she wrote. “My father casually mentioned that it was close enough to drive to. He thought I had been talking about UM-Dearborn. I quickly corrected him, explaining that my intent was to go move to Ann Arbor. He said very little other than ‘No, you are not.'”

However, the “no” did not worry her and it did not have to. She eventually convinced him.

“I wish more fathers were open to having discussions with their daughters like my dad has been for me,” she said.

Now she’s moving across the ocean to England and said her father is supportive because he sees how hard she’s worked and knows it’ll open many doors for her.

“[Of course], he’s scared,” she said. “But I think I’ve proven myself in these four years at Michigan that he’s like, ‘I trust her and that this will only help her.'”

Jawad said she hopes her story will inspire more Arab American parents to communicate with their children and encourage them to pursue their passion.

“Harvard has the Brigham Women’s Hospital and also another that serves the homeless,” she said. “Their model for community health really matches my interest because I don’t just look at medicine as science. I look at it as the public health— the psychosocial context. I think Harvard would be a really good fit.”

Jawad wants to be an OBGYN or family doctor with the World Health Organization or the United Nations, so she can help patients in conflict zones.

She dedicates her award to helping her community and other marginalized communities.

“I don’t know what I did for God to choose me,” she said. “But I’ll do everything I can to make it not just for me.”