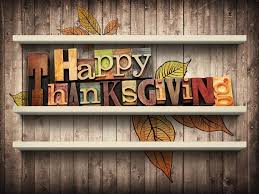 As Arab American and Muslim families gather around the dinner table this Thanksgiving holiday, they will show gratitude for their blessings, but will also be bound to express fear for each other’s safety.

Since President Trump’s candidacy and after his election, the country has been deeply inflamed with hate crimes, racism and terror attacks. Trump brewed an intolerable political and social climate with his racist and hateful rhetoric towards minorities that made the country’s years of disgraceful discrimination and bigotry acceptable again in the eyes of many privileged White Americans.

This situation is certainly alarming, but we need to stay optimistic and think of the strength of our minority communities and their unison in the face of hate. They have justly trumped it through their organizing efforts and defense of one another this past year, and also through the support of all-around inclusive and caring people.

As Martin Luther King Jr. once said, “Seek to transform the suffering into a creative force.” That’s exactly what we as Americans have done and what we must do on the dinner table this Thanksgiving holiday. We must continue to empower each other and find the light in our difficulties.

Here are just a few instances to remember:

In January, we saw an outburst of support against Trump’s travel ban order in organized protests at airports all over the U.S.

This summer, we reported on the Detroit-based fundraising company LaunchGood that was co-founded by Omar Hamid, an Arab American, to allow Muslims to reclaim their narrative.

LaunchGood became a way for Muslims to immediately link with different communities internationally and mobilize in “flash campaigns.”

“The support for the Grenfell Tower victims and for the family of Nabra [Hassanen],” Hamid told The AANews. “The Portland heroes… They [contributors] might be able to feel like they are a part of making things better.”

Even Palestinian American activist Linda Sarsour launched a campaign on the site to help fellow minorities repair their vandalized Jewish cemeteries after the 2016 elections.

In Dearborn, and many other cities across the U.S., community members assembled with other minorities in healing and solidarity with Charlottesville, Virginia against White supremacy this August.

The Arab American community in the U.S. also celebrated the appointment of their representatives, like attorney Mariam Bazzi, who was appointed as a judge in the Wayne Country Third Circuit Court or Maysaa Ouza, who made history as the first hijabi Air Force judge advocate.

Just this month, four Arab Americans received the highest votes and were reelected to the City Council in Dearborn.

And, an attorney by the name of Mike Khader made history when he beat incumbent Republican City Council President Liam McLaughlin for his seat in the fourth largest city in New York. He is the first Arab American to win the council president’s seat and be elected in Yonkers.

If we look at our students’ accomplishments, they are top notch. Students continue to receive scholarships to Ivy League Schools and other top universities in the country and even outside.

Last week, Lebanese American student Nadine Jawad received one of the most prestigious fellowship awards in the world, the Rhodes scholarship.

Other minorities are also doing just as well. Therefore, if we’re able to thrive in our struggle, we should not stop and let pessimism take over the holiday spirit.

America is still inclusive, which is evident in the success and unity of minorities. It may seem dark in some areas, but look for the light in the Portland heroes, who became causalities for heroically standing up for two young women, one Muslim and one Black. They represent the true values of a nation that proclaims acceptance and tolerance.

Therefore, this Thanksgiving look for the light— our creative force— that will wipe out fear.