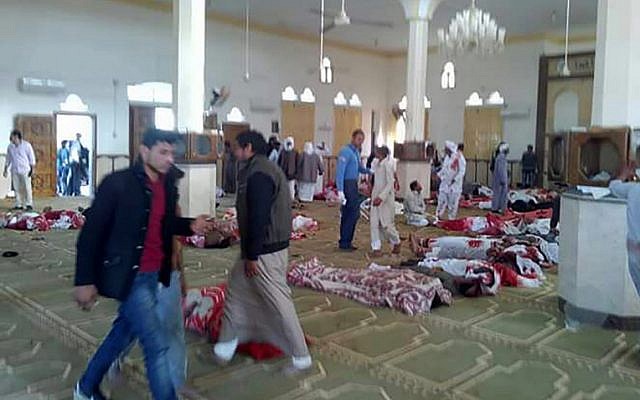 CAIRO – The death toll in a devastating terrorist attack on a mosque on Friday in Egypt’s North Sinai has risen to 305 killed, including 27 children, and 128 more people were wounded, MENA state news agency said on Saturday.

The gunmen were carrying an ISIS flag and were between 25 to 30 in number, the public prosecutor’s office said in a statement.

Some were wearing masks and military-style uniforms. They surrounded the mosque blocking windows and a doorway and opened fire inside with automatic rifles, the statement citing their investigation and interviews with wounded survivors.

“They numbered between 25 and 30, carrying the Daesh flag and took up positions in front of the mosque door and its 12 windows with automatic rifles,” the statement said using an Arabic term for ISIS.