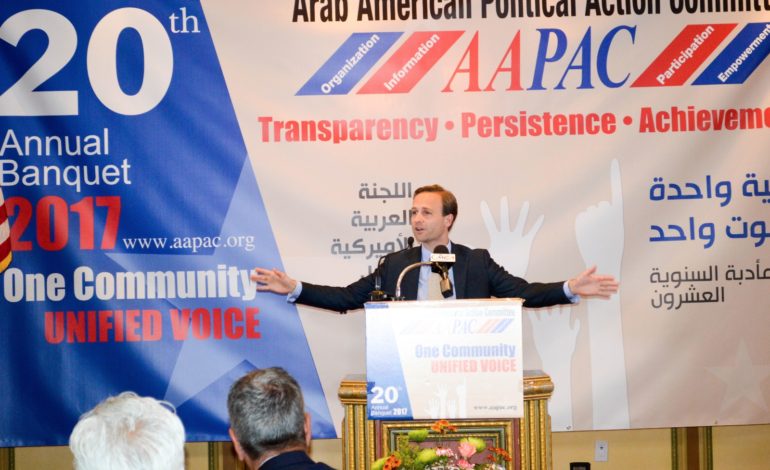 “I am running for Governor to make Michigan the most prosperous state in the nation,” he wrote. “I represent a new generation, and in a time of extreme polarization and soundbite candidates, a real and sincere approach to public service.”

Calley, 40, teased a major announcement people thought would be a gubernatorial run. However, at that time he instead announced a petition drive in support of a part-time legislature.

Calley worked in banking before starting his political career at the local level, and was first elected to the legislature in 2006. He served two terms in the House of Representatives before being selected as a running mate by Gov. Rick Snyder.

In October, he kicked off a listening tour where he aimed to have “real discussions” with Michigan residents around the state.

Calley and his wife, Rep. Julie Calley (R-Portland) live in Portland with their three children.