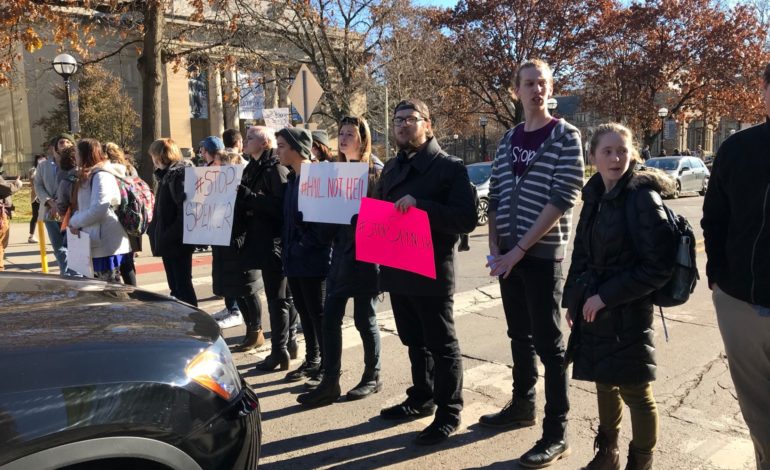 University of Michigan students protest white nationalist Richard Spencer's request to speak at the school. (Photo by All About Ann Arbor)

ANN ARBOR — Students at the University of Michigan walked out of classrooms Wednesday morning in protest of the Ann Arbor campus’s response to a request made by white nationalist Richard Spencer to speak there.

The student group “Stop Spencer” organized the walkout in response to the “failure of University of Michigan President Mark Schlissel and the regents to deny” the request, it said in a statement.

Schlissel released a statement last week saying that the administration would meet with Spencer’s group to determine whether he would be allowed to rent space to speak on campus and made it clear that no decision had been reached. 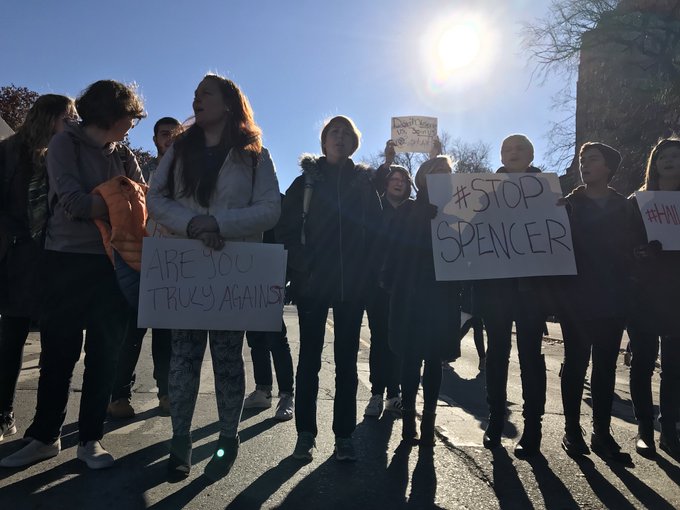 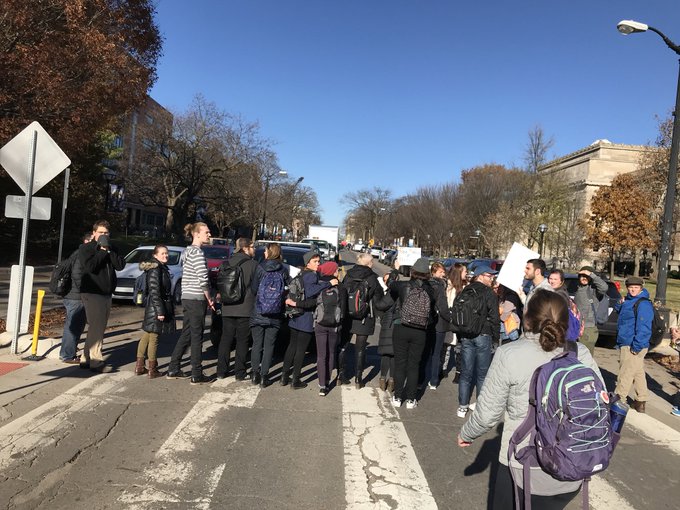 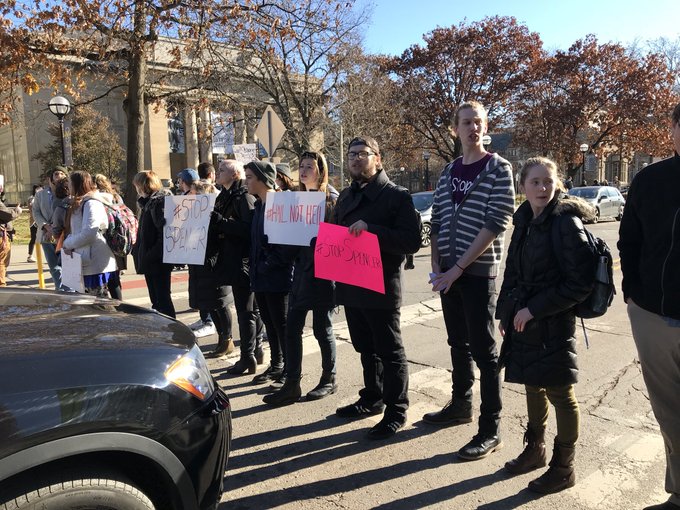 The student group said the walkout was in protest to the administration’s decision to begin negotiations with Spencer.

“We will not and cannot participate in classes at a University that prioritizes avoiding a lawsuit instead of protecting its students,” the student group’s statement reads.

Schlissel said in his statement last week that if the school cannot assure a reasonably safe setting for the event, that they would not allow it to proceed.