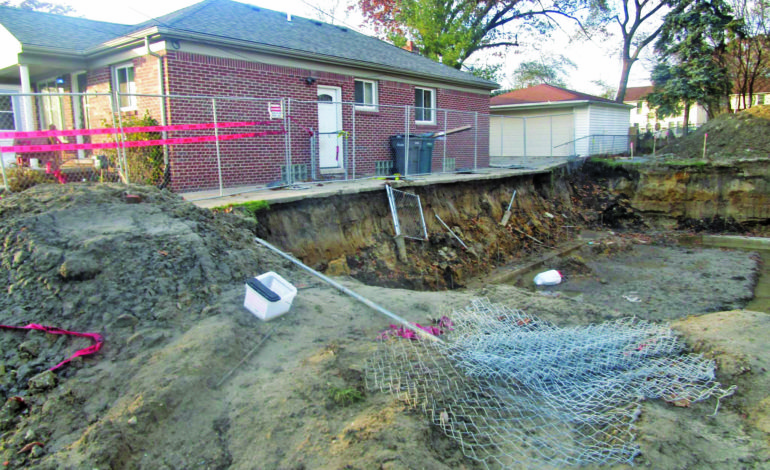 DEARBORN — A Dearborn homeowner’s driveway was in danger of collapsing after a contractor excavated a home foundation near his property line is now getting it fixed, according the Detroit Free Press.

Last week, Billy Ashcraft, 38, told the Free Press his concern regarding his home’s foundation collapsing because of a muddy hole that ruined a fence and destroyed the driveway.

On Monday, contractors put forms in the hole for the home’s foundation to be poured. After that, the hole can be refilled and the driveway repaired.

“I’m happy because now I know it’s gonna be OK,” Ashcraft said. “It’s not gonna take three months for this.

“They did a really good job. They just came here and went to town.”

He and his wife, Christine Ashcraft-Zyla, 31, told the Free Press last week that they disagree with the city, which claimed the excavation kept a proper distance from their home. Later, rains eroded the ground underneath their driveway.

Dearborn residents expressed anger on Facebook and immediately came to the couple’s support. In addition, a small group gathered Friday afternoon outside their home.

The city posted on Facebook that the property is owned by Allied Real Estate of Miller Road in Dearborn and was obtained by the U.S. Department of Housing and Urban Development.