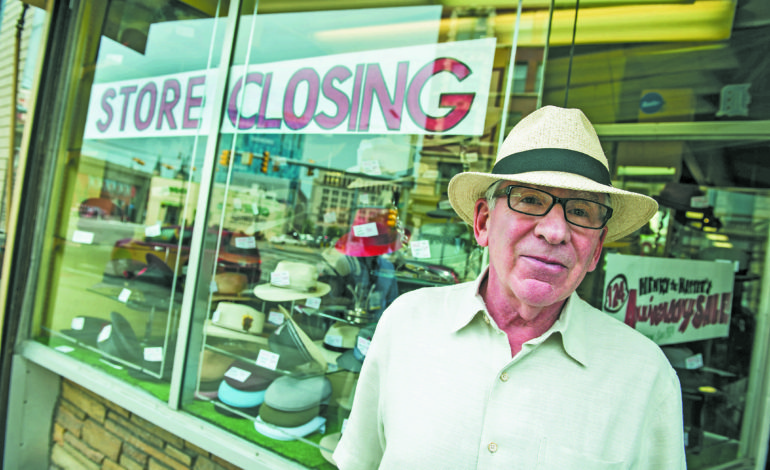 Paul Wasserman in front of his hat display

DETROIT — It is the dark side of urban revitalization. A rundown part of town gets a facelift.

Old buildings with good bones are gutted and restored while others come down to make way for shining new structures. Trendy shops and restaurants open and a once undesirable area is suddenly on the rise.

Unfortunately, so are the rents.

It is happening in cities from Seattle to Chicago. The silver lining of urban gentrification comes at a heavy price. Long-time residential and commercial renters feel the pinch and are often financially squeezed out at the expense of an area becoming trendy and hip. 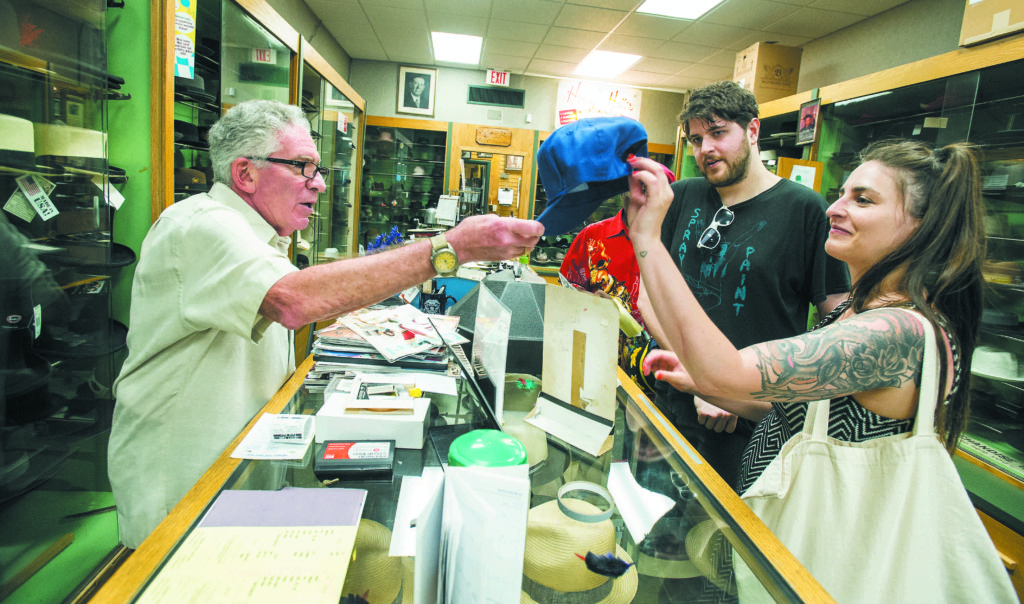 The most prominent and longtime retailer to fall victim is Henry the Hatter at 1307 Broadway in Detroit. According to owner Paul Wasserman, who took over the 124-year-old business from his father 25 years ago after working by his side since the 1970s, the store, which custom fits hats for musicians, celebrities and U.S. presidents, lost its lease to the space it had occupied since 1952. The building has been owned since 1995 by Detroit-based the Sterling Group, which has not offered a public comment.

“I was never offered a new rental rate,” Wasserman said over the phone as he worked in his Detroit store, which closed Aug. 5. “I was simply terminated by the Sterling Group. This was not easy to come to terms with, but I was always aware of the mutual termination clause in my lease.

“I wrote to them saying I wanted to stay. I heard nothing from the Sterling Group but received a letter from their lawyer saying the firm was using the termination clause and I was to vacate the space effective Aug. 31.

Customers “came out in droves” to support the store and wish him well.

“The customers told me that the announcement of my store closing was like a personal affront to them,” Wasserman, 70, said. “Their support gives me validation of how I have spent the last 45 years of my life. It’s strange in good way, like being lucky enough to be a guest at your own funeral.”

Henry the Hatter will stay open in Southfield on West 10 Mile Road. And Wasserman has found a new home in Detroit at  2472 Riopelle in the Eastern Market, which he plans to open soon.

Residential renters are also feeling the squeeze. According to the rental blog rentcafe.com, the average rent for an apartment in Detroit is $870, a 5 percent increase compared to the previous year, when the average rent was $831.

Jewish millennials are proud to have a Detroit address despite the pitfalls of escalating rents or, when they buy, facing the possibility of overbidding on scarce properties that will not be assessed at the same value of what they cost to purchase.

They also are very aware of the neighbors around them who have lived in the city through all the tough times and believe that living in the city and getting involved in renter advocacy groups is their true expression of the Jewish value of justice. 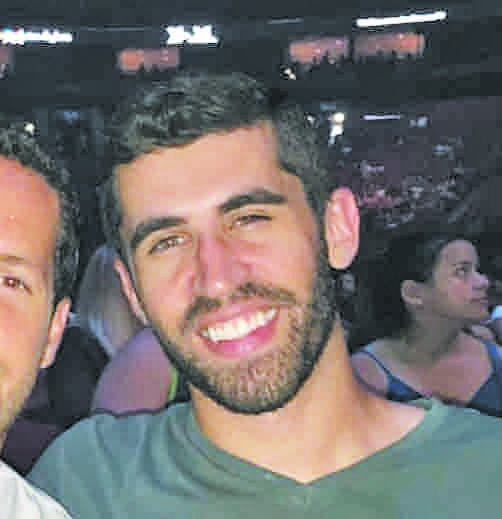 Smith, an employee of Castle, a rental property management company, was a beneficiary of the Detroit Live Fund — an incentive program that encouraged young leaders to live Downtown with the help of rent subsidies. The Jewish Federation of Metropolitan Detroit’s younger adult groups over the years held several fundraisers to bolster this fund.

In 2013, Smith and his roommate were receiving a monthly stipend of a few hundred dollars and rented a two-bedroom apartment in a Downtown high rise at $1,625 a month.

They now pay $1,700 monthly for a larger Rivertown apartment — a two-bedroom, 2.5-bathroom unit featuring a balcony. Downstairs, Smith is steps away from restaurants, bars, shops and new construction. The best deal is the $25 monthly parking rate. Spaces in some parking garages can go upwards of $200 a month, he said.

“With increasing rents, longtime residents, along with longtime retailers like Henry the Hatter, are getting forced out,” Smith said. “Although it is exciting to live in these renovated neighborhoods, it is important to be conscious of how new development will affect people in the outlying neighborhoods, who feel they are being left out of the rise of Detroit.

“While it’s a great idea to develop a hot Downtown, the goal should be that the benefits should slowly radiate out to other neighborhoods of Detroit. It’s a touchy subject.”

Smith is glad to see a strong showing of “young Jewish energy” moving into the city. He has been active in organizations like The Well and believes in urban living and looking at social justice through a “Jewish lens.”

“In the Talmud, there is a passage that says when the Jewish community supports the communities that surround it, it only can make us stronger,” said Smith, who is aware of Detroit’s past and current racial tensions. “The Jewish community is in a unique position to bridge the gap between the racial divides because of our own history of oppression.” 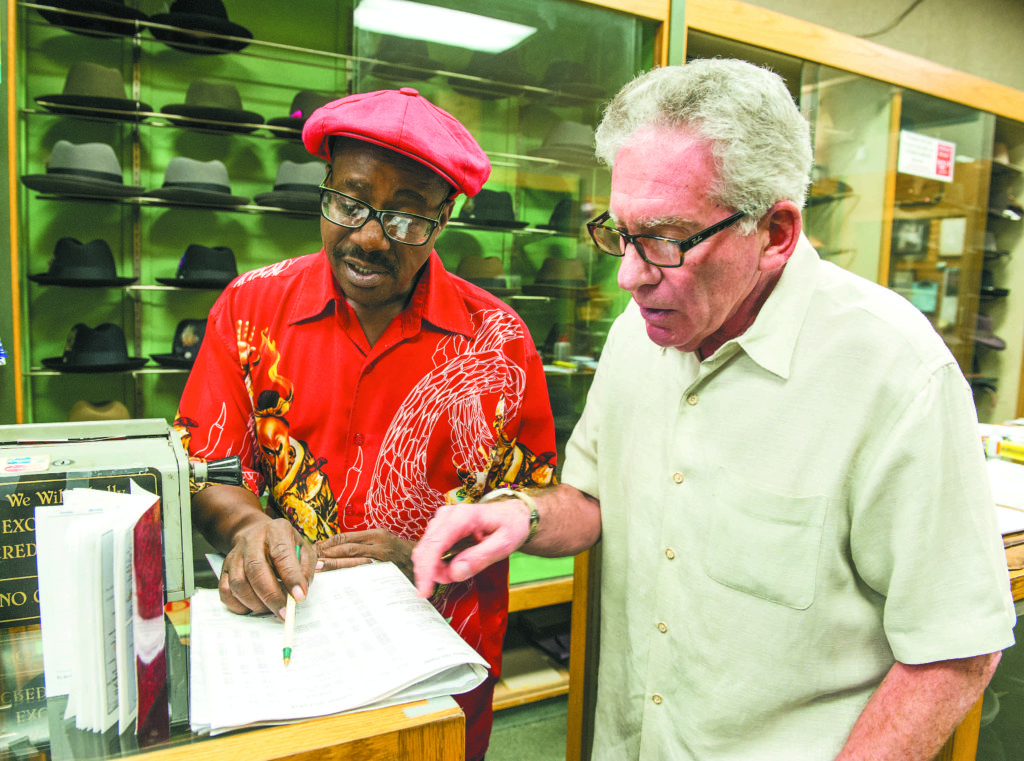 Wasserman goes over some store books with Victor Lee of Detroit, who helped out at the store

Homeowners, once chided for staying in the city, are seeing their housing values go up at a good clip. 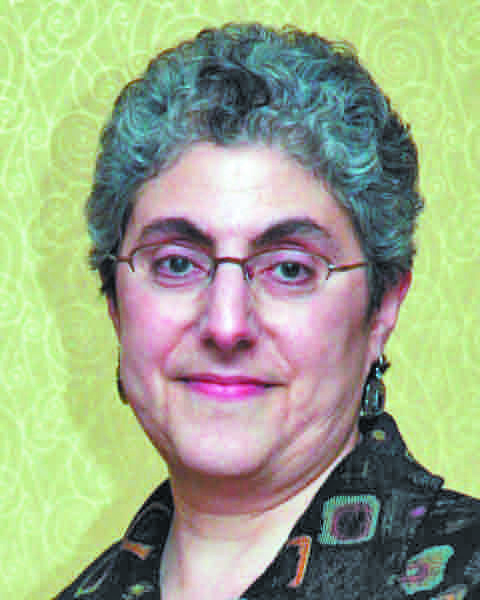 Arlene Frank, executive director of the Isaac Agree Downtown Synagogue, has lived in Detroit all her life, moving from north-central to Lafayette Park 31 years ago with her husband.

Frank said she moved to the “diverse and affordable” neighborhood when she and her husband were expecting their first child. Now, that child is grown and is living in his own home on the east side.

“I was warned I’d never see a return on my investment buying a home in Detroit, that the city would stagnate or go downhill even more,” Frank said. “In fact, since 1986, the amount my home has increased in purchase price is over 15 percent. The largest jump in price has been in the past five years.

“While that’s great for someone who moved in years ago and is looking to move out while the real estate market is high, it has an effect on the neighborhood in terms of who can now afford to purchase a co-op townhouse or courthouse in our lovely historic neighborhood.”

Living Amid The Renovations

Sometimes, for better or for worse, the renovations to improve an apartment building happen right around the renters. 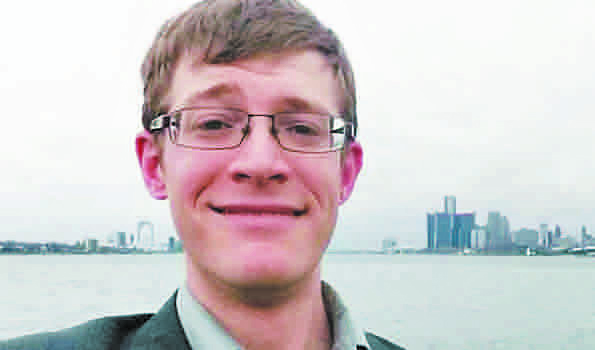 When Joel Batterman, 29, who is earning a Ph.D. in urban planning at the University of Michigan, first moved to Detroit in 2012, he rented a three-bedroom house in the New Center neighborhood behind the Max Fisher building with three other roommates for a total of $950 a month.

A year ago, he and his then-fiancée moved into a two-bedroom apartment in the Linwood area at $700 with hopes to save up and buy a home in Detroit within the year. The building was “not in great shape,” said Batterman, but the month-to-month lease was affordable and the location convenient for commuting.

Then, a foreign investment firm purchased the building. Without notice and, according to Batterman, without the proper building permits, it began to gut the building while tenants payed the same rental rate.

“The water got shut off without notice, and there was debris and dust, which was probably tainted with lead paint,” Batterman said. “You had families with young children living in the building and they were getting exposed to lead paint. We tried to reach the city’s building commission, but with little success.”

Batterman said tenants organized and asked for a 50 percent reduction in rent but only received 10 percent off. With that, Batterman and his new wife moved out. They are now living month to month staying with friends until they find a more permanent housing situation.

Batterman said he knows he will be OK in the end, but he is concerned about the families and many Detroiters like them who are enduring similar situations because they cannot afford to live anywhere else.

Batterman said in Detroit, middle- to low-income renters get the short end of the stick and solutions need to be crafted. One of them, he suggests, is the creation of an affordable housing trust fund, something that has been proposed by the United Community Housing Coalition of Detroit, a nonprofit organization that provides housing assistance to Detroit’s low-income residents.

“I know there are others who cannot withstand further rent increases,” said Batterman. “Still, we are committed to [buying] in the city because we believe that by living here, we can better work for racial and economic justice in Detroit.”

New Michigan Media (NMM) is the collaboration of the five leading minority media outlets in the region. The New Michigan Media Newspapers have a combined estimated reach of more than 140,000 weekly, and include The Latino Press, The Michigan Chronicle, The Jewish News, The Michigan Korean Weekly and The Arab American News.  For the past three years, NMM has also been a member of the Detroit Journalism Cooperative (DJC), the unique collaboration between some of the leading media outlets of the region, which includes The Center for Michigan’s Bridge Magazine, Detroit Public Television, Michigan Public Radio and WDET. Funded by the John S. and James L. Knight Foundation, the DJC aims to report about and create community engagement opportunities in Detroit and the region. The article you are reading is part of the DJC project of this year and will appear in all the NMM member newspapers, as well as with the DJC partners.