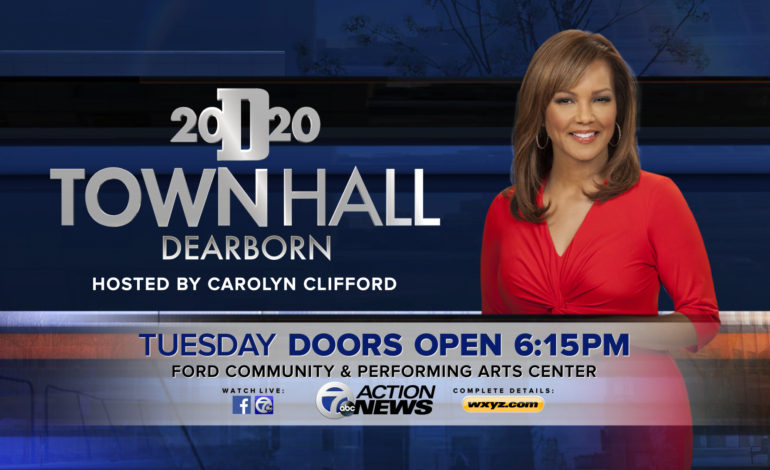 DEARBORN — As residents, about half of them Arab Americans, find themselves under the local and national spotlights, it has been more imperative than ever for the community to present an accurate image of itself.

They will have that opportunity on Tuesday, Dec. 5, during a town hall organized by WXYZ Channel 7, as part of its Detroit 2020 tour.

Mike Murri, vice president and general manager at the station, told The AANews the event aims to give the community a voice and for millions nationwide to “listen to what’s important, their hopes and fears.”
This is WXYZ’s sixth town hall, after listening to resident’s concerns in cities like Detroit and in Macomb and Oakland Counties.

Murri said aside from informational objectives, listening to a community makes for better journalism.
“It helps us serve this community so much better by having the insight, the connectivity and really knowing what’s on people’s minds,” he said.

He added that it will be an open mic discussion formatted for an “organic conversation” and intended to be broadcast on a “tremendous platform.”

Lead anchor Carolyn Clifford will host the event. She will be joined by two reporters. WXYZ will feature portions of the town hall meeting at 7 p.m. and on Facebook Live.

The town hall meeting is free and will take place at the Ford Community and Performing Arts Center. Doors open at 6:15 p.m. and the program begins at 7 p.m.