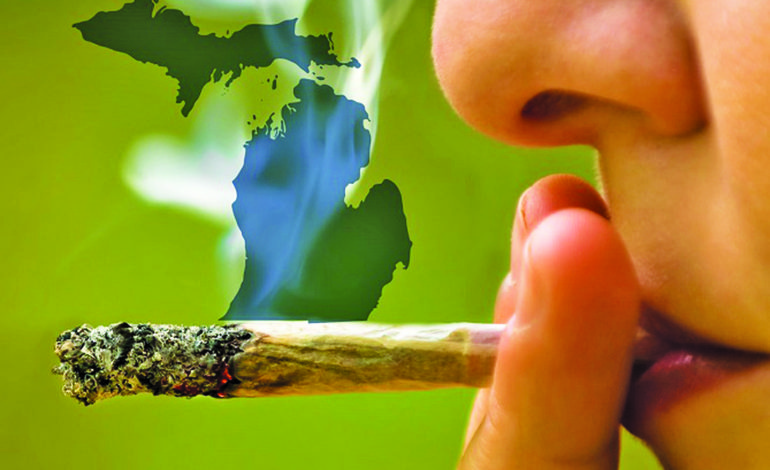 LANSING — While supporters of a ballot proposal to legalize marijuana for recreational use cleared their first hurdle by turning in more than enough signatures to tentatively qualify for the November 2018 ballot, more challenges are on the horizon.

An opposing committee — Healthy and Productive Michigan — formed on Wednesday to fight the marijuana legalization effort.

“Now that big money has started to get behind legalizing recreational marijuana in Michigan, it’s time we put Michigan first and oppose these efforts,” said Grand Rapids political consultant Scott Greenlee, the president of the organization. “We remain opposed to increased marijuana use in Michigan,” Greenlee told the Detroit Free Press.

Greenlee declined to reveal who is behind the effort, but said it’s a large coalition that includes business, faith and law enforcement organizations. Greenlee is the president of Greenlee Consulting and over the years, he’s worked for the Michigan Republican Party, Attorney General Bill Schuette and the Michigan Department of Economic Development.

“We plan to be very aggressive to fight this,” he said, noting that members of the coalition have committed to providing significant financial resources to the effort. “I would anticipate to be successful we’ll have to exceed $1 million.”

Healthy and Productive Michigan is the second group to surface in opposition to the ballot proposal. The Committee to Keep Pot Out of Neighborhood and Schools formed in May to battle cannabis legalization. So far, it’s funded by the Michigan Responsibility Council, a group of business owners who want to get into the medical marijuana business.

The group turned in 365,000 signatures to the secretary of state last week, which gives organizers a cushion of more than 100,000 signatures beyond the 252,213 valid signatures needed to qualify for the ballot.

Eight states and the District of Columbia have legalized marijuana for all uses and 29 states, including Michigan, have legalized cannabis for medical use.