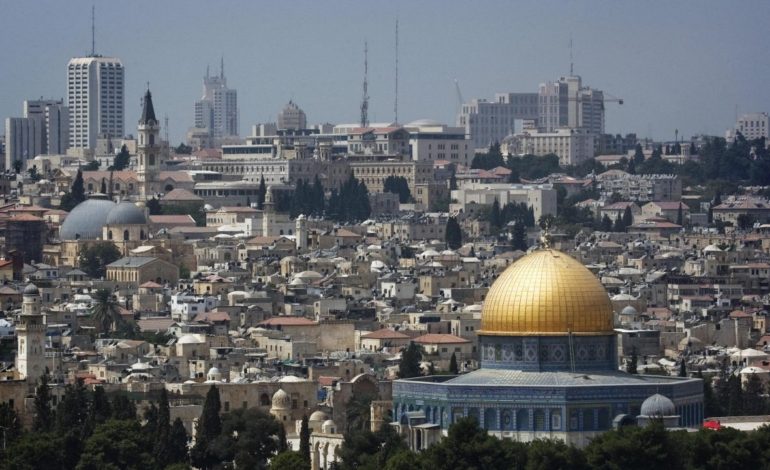 WASHINGTON — President Trump is likely to announce next week that the United States recognizes Jerusalem as Israel’s capital, a senior administration official said on Friday, a move that would upend decades of American policy and possibly inflame tensions in the Middle East.

Trump could make the controversial declaration in a speech on Wednesday though he is also expected to again delay his campaign promise to move the U.S. embassy to Jerusalem from Tel Aviv. The senior official and two other government sources said final decisions had not yet been made.

The Palestinians want Jerusalem as the capital of their future state, and the international community does not recognize Israel’s claim on all of the city, home to sites holy to the Jewish, Muslim and Christian religions.

Word of Trump’s planned announcement, which would deviate from previous U.S. presidents who have insisted the Jerusalem’s status must be decided in negotiations, drew criticism from the Palestinian Authority and was sure to anger the broader Arab world.

Such a move, however, could help satisfy the pro-Israel, right-wing base that helped Trump win the presidency and also please the Israeli government, a close U.S. ally.

The senior U.S. official, speaking on condition of anonymity, said details were still being finalized and could still change.

Another U.S. official said Trump appeared to be heading toward recognizing Israel’s claim to Jerusalem but that it was not a done deal.

“We’ve nothing to announce,” said a spokesperson with the White House National Security Council.

Trump’s impending decisions on Jerusalem, one of the most sensitive core issues of the Israeli-Palestinian conflict, follow intense internal deliberations in which the president has personally weighed in, one White House aide said.

Trump is likely to continue his predecessors’ practice of signing a six-month waiver overriding a 1995 law requiring that the U.S. embassy be moved from Tel Aviv to Jerusalem, two officials told Reuters on Thursday.

But seeking to temper his supporters’ concerns, another option under consideration is for Trump to order his aides to develop a longer-term plan for the embassy’s relocation to make clear his intent to do so eventually, the officials said.

It was unclear, however, whether any public recognition by Trump of Israel’s claim on Jerusalem would be formally enshrined in a presidential action or be more of a symbolic statement.

Trump pledged on the presidential campaign trail last year that he would move the embassy from Tel Aviv to Jerusalem.

But in June, Trump waived the requirement, saying he wanted to “maximize the chances” for a new U.S.-led push for what he has called the “ultimate deal” of Israeli-Palestinian peace. Those efforts have made little, if any, progress so far and many experts are skeptical of the prospects for success.

The status of Jerusalem is one of the major stumbling blocks in achieving peace between Israel and the Palestinians.

Israel captured Arab East Jerusalem during the 1967 Middle East war and later annexed it, a move not recognized internationally.

Arab governments and Western allies have long urged Trump not to proceed with the embassy relocation, which would reverse long-standing U.S. policy by granting de facto U.S. recognition of Israel’s claim to all of Jerusalem as its capital.

Visiting Washington this week, Jordan’s King Abdullah warned lawmakers that moving the U.S. embassy could be “exploited by terrorists to stoke anger, frustration and desperation,” according to the Jordanian state news agency Petra.

Some of Trump’s top aides have privately pushed for him to keep his campaign promise to satisfy a range of supporters, including evangelical Christians, while others have cautioned about the potential damage to U.S. relations with Muslim countries.