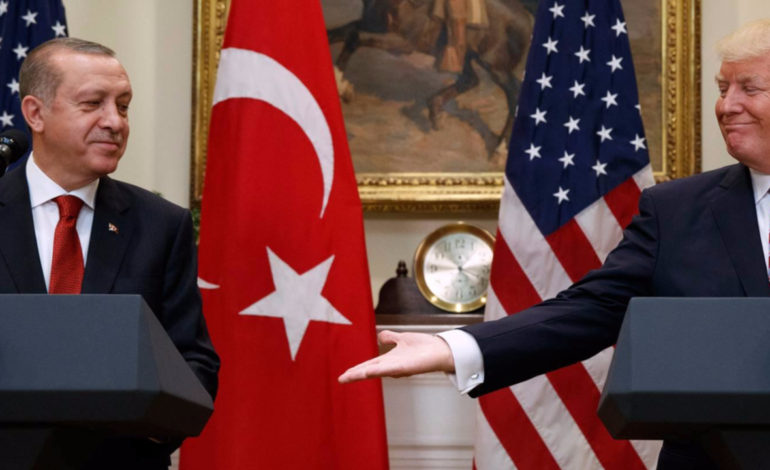 AMMAN — Jordan’s King Abdullah told President Trump on Tuesday that any move by the United States to declare Jerusalem the capital of Israel would have “dangerous repercussions” for regional stability, a Jordanian palace statement said.

Trump said he intended to go ahead with a decision to move the U.S. embassy in Israel to Jerusalem in a phone call to the king, according to the palace.

The king was quoted as replying that any such decision would have “dangerous repercussions for the stability and security of the region” and would obstruct U.S. efforts for a resumption of Arab-Israeli peace talks.

It would also inflame Muslim and Christian feelings, he said.

U.S. endorsement of Israel’s claim to all of Jerusalem as its capital would break with decades of U.S. policy that the city’s status must be decided in negotiations with the Palestinians, who want East Jerusalem as the capital of their future state.

The international community does not recognize Israeli sovereignty over the entire city.

Jordanian officials are worried the move could trigger violence in the Palestinian territories and a spillover into Jordan, a country where many people are descendants of Palestinian refugees whose families left after the creation of Israel in 1948.

King Abdullah warned Trump of the risks of any decision that ran counter to a final settlement of the Arab-Israeli conflict based on the creation of an independent Palestinian state with its capital in East Jerusalem.

“Jerusalem is the key to achieving peace and stability in the region and the world,” the statement said.

The monarch also phoned Palestinian President Mahmoud Abbas and said they had to both work together to “confront the consequences of this decision.”

Jordanian Foreign Minister Ayman al Safadi said his country planned to convene emergency meetings of the Arab League and Organisation of Islamic Cooperation next Saturday and Sunday on how to face the “dangerous” consequences of a U.S. decision.

“These meetings will coordinate Arab and Islamic stances toward the imminent decision (by Trump) that will increase tensions in the region,” Safadi said .

Jordan lost East Jerusalem and the West Bank to Israel during the 1967 Arab-Israeli war and says the city’s fate should only be decided only at the end of a final settlement.

“All international resolutions and agreements stipulate that the fate of Jerusalem should be decided in final status negotiation … And all unilateral steps are considered null and void,” Safadi added.