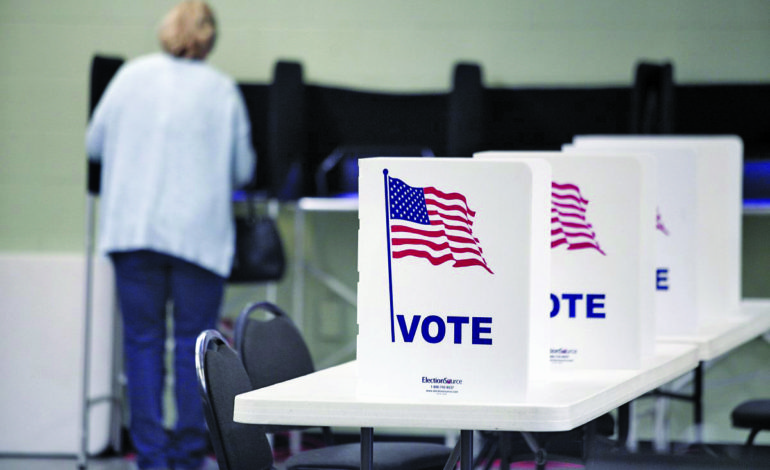 DETROIT — The Wayne County Board of Canvassers began its recount of votes for Detroit’s City Clerk on Tuesday at Cobo Center, two weeks after candidate Garlin Gilchrist II announced he was requesting it. He lost by a narrow margin to incumbent Janice Winfrey.

Gilchrist said he had more than 30 campaign volunteers observing the recount of the city’s 100 absentee voter counting boards, as well as 60 precincts where problems were reported on election Day Nov. 7.

Gilchrist, who lost to incumbent clerk Janice Winfrey by 1,482 votes, said he expects the recount will take a few days.

Detroit Department of Elections Director Daniel Baxter was not immediately available for comment.

Gilchrist has said he believes the recount is necessary after hearing stories of “chaos and confusion” from absentee voters.

He said there were reports of voters receiving a second absentee ballot application in the mail, getting ballots they were told they didn’t apply for and the clerk’s office mailing duplicate absentee ballot receipts to voters.

The clerk candidate previously said he was mulling the recount after he’d heard “troubling accounts” from voters and planned to investigate, saying there were questions “that give us concern about the vote tallies.”

Winfrey had 19,967 absentee votes compared with Gilchrist’s 11,207, with all precincts reporting. Gilchrist won 37,193 votes at the polls while Winfrey received 29,915, according to Wayne County voting data.

In an interview on WDET-FM (101.9) the day following the election, Winfrey said a recount would not change the election results.