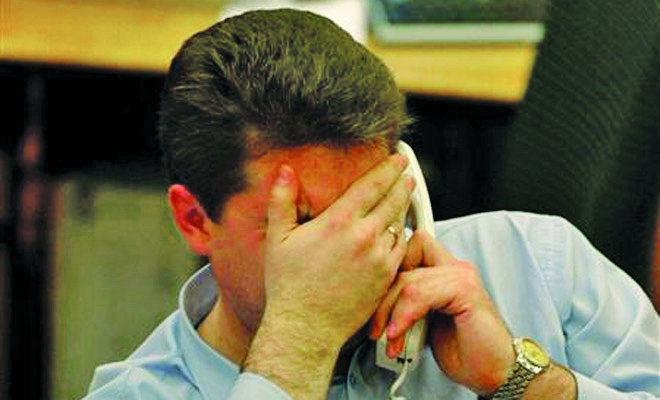 Previous research has shown an association between maternal depression and adolescent depression, but few studies have looked for links between fathers’ and kids’ depression.

Depression risk increases around age 13, and about three-fourths of adults say their mental health problems began during their teen years.

“The priority should be the treatment of depression in both parents, irrespective of their gender,” Lewis told Reuters Health by email. “Fathers should also be involved in any family-based interventions to improve the prevention of teenage depression.”

Lewis and colleagues looked at data from two programs that have followed children since the early 2000s — the U.K. Millennium Cohort Study and Growing Up in Ireland. Altogether, they studied more than 6,000 Irish two-parent families and nearly 8,000 UK two-parent families.

When the kids were 7 to 9-years-old, and again when they were 13 or 14, family members completed questionnaires that measured their depressive symptoms.

The research team found that every 3-point increase in paternal depressive symptoms (with possible scores ranging from 0 to 24) was associated with an increase of about a third of a point in adolescent depressive symptoms (on a scale of 0 to 26). In Ireland, the influence was stronger for daughters than sons. In both countries, it didn’t matter whether the paternal caregiver was biologically related to the child.

“I think that lots of people will be surprised that depression in fathers is as important to the child’s risk of depression as depression in mothers,” Lewis said.

Future studies should look at additional genetic and environmental factors that influence why fathers’ depression may increase the risk in their kids, she added. Researchers should look at different types of families as well. In this study, for example, all fathers lived with the child. The effects of depression may vary if parents are separated.

“We need to start the conversation with men and fathers about the potential risks to their mental health and the impact they can have on their families,” said Dr. Lisa Underwood of the University of Auckland in New Zealand, who coauthored a commentary that was published alongside the authors’ report online November 15 in The Lancet Psychiatry.

Underwood researches similar depression symptoms among participants in the Growing Up in New Zealand study, which has tracked nearly 7,000 families since 2009. “We’re finding that moms and dads in difficult relationships are having the hardest time,” she told Reuters Health by phone. “We also see that fathers who are no longer in a relationship with the mom have the highest rates of depression.”

Ongoing studies could help doctors and teachers understand how to reach out to parents during health care appointments and parent-teacher meetings, for example.

“Nobody grows up in isolation. Families affect one another’s mental health,” Underwood said. “We need to reach both parents so we’re not leaving out someone who needs support.”