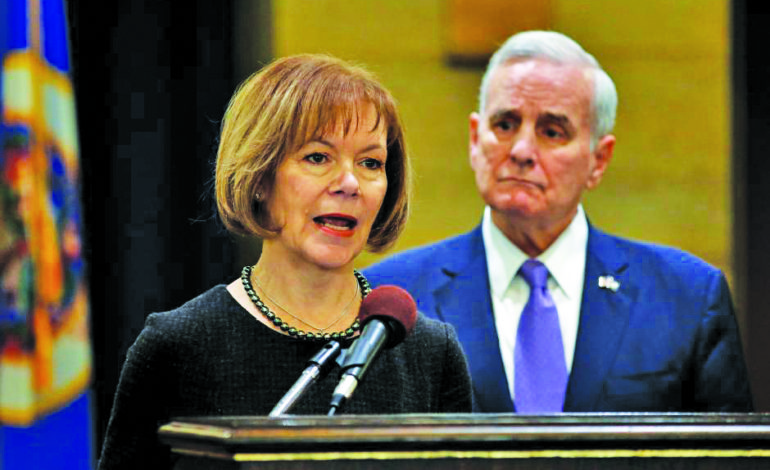 WASHINGTON — Minnesota’s Democratic Lieutenant Governor Tina Smith was appointed as a senator on Wednesday to replace Al Franken, who resigned after being accused of sexual harassment.

Smith, 59, will serve a one-year term concluding in January 2019, Governor Mark Dayton said at a news conference, and will run in a special election for the seat next November.

“There is no one I trust more to assume the responsibilities of this important office,” Dayton said. “I know that she will be a superb senator, representing the best interests of our state and our citizens.”

Smith told reporters at the news conference that she will be a fierce advocate on behalf of the state, pushing for economic opportunity and fairness.

Smith became lieutenant governor in January 2014. She previously worked as Dayton’s chief of staff and held positions at General Mills and Planned Parenthood.