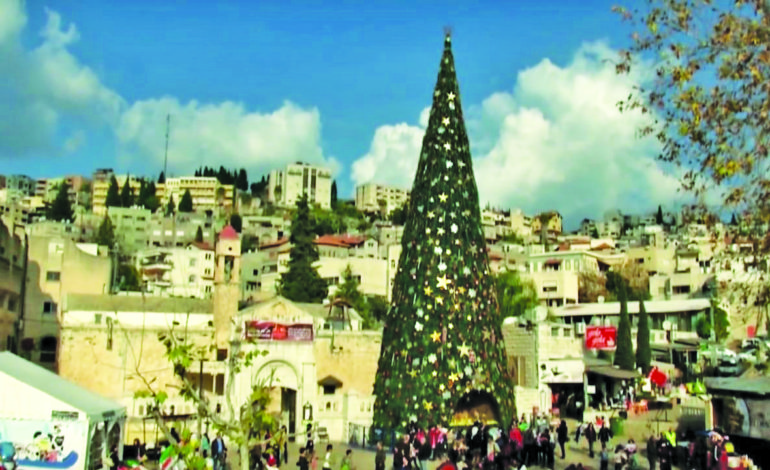 JERUSALEM — Nazareth, the Arab city occupied by Israelis, where Jesus is thought to have been raised, has canceled some Christmas celebrations in protest of President Trump’s recognition of Jerusalem as Israel’s capital, an official said.

Nazareth— the largest Arab town under Israeli occupation, with a Muslim and Christian population of 76,000— is one of the Holy Land’s focal points of Christmas festivities.

“We have decided to cancel the traditional Christmas singing and dancing because we are in a time of dispute, because of what Trump has said about Jerusalem,” city spokesman Salem Sharara said.

Nazareth is traditionally thought to be where Jesus grew up. The imposing Basilica of the Annunciation in central Nazareth is built on a site which many Christian faithful believe was the childhood home of Jesus’ mother, Mary.

Sharara said the town’s market stalls and the traditional Christmas church services would be held as they are every year.

Within an hour of the announcement, the Palestinian towns of Bethlehem, Jesus’ traditional birthplace, and Ramallah in the Israeli-occupied West Bank briefly switched off their Christmas lights in protest.

There was no word from the Bethlehem municipality whether it was also weighing a cutback on its celebrations at a crucial time of year for the town’s tourist trade.