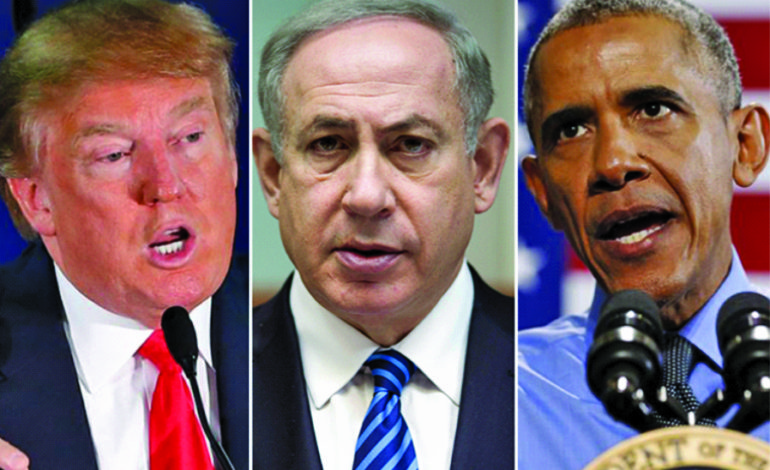 President Trump’s decision to recognize Jerusalem as the Israeli capital has simply exposed the grim reality of American peace mediation between the Israelis and Palestinians. Under Trump’s predecessors, America’s “special relationship” with Israel was headed to the same denouement of embracing Israeli occupation and apartheid over the whole of Palestine. U.S. policy is the midwife in the Palestinian tragedy and Trump presented bald acknowledgment where his predecessors preferred deceit.

No one paying attention to the settler-colonization of the occupied West Bank had any illusions about Israel’s end game. The West Bank constitutes more than 90 percent of a would-be Palestinian state, including the Gaza Strip and East Jerusalem. Yet, the vast majority of the three million West Bank Palestinians are crowded into 40 percent of the territory under truncated Palestinian autonomy. The larger part of the West Bank, known as Area C in the defunct Oslo peace process, is under exclusive Israeli control where Israeli settlers in more than 200 illegal settlements and outposts now outnumber Palestinians. The Palestinian Authority (PA) governs an archipelago of cities and villages, Palestinian islands in a sea of Israeli occupation dotted with settlements, checkpoints and roadblocks. Add to this picture the unceasing growth of Israeli settlers from roughly 100,000 at the start of the so-called “peace process” in 1993 to more than 400,000 today – a growth rate faster than inside Israel.

Had Obama spelled out America’s vision for a shared Jerusalem in a two-state settlement, he might have restrained his successor.

Those familiar with Apartheid South Africa will recognize the model. The Afrikaner government tried to pass off its Bantustans as an acceptable alternative to equality. It went further than Israel in dressing up the Bantustans with all the embellishments of pseudo-statehood. The key difference, however, was that South African taxpayers had to pay to prop up the Bantustans while Israel has outsourced the costs to foreign governments in the fiction that they are helping the Palestinians prepare for self-determination and statehood.

Israeli entrenchment is no less evident in East Jerusalem. The Palestinian half of the city is now cut off from its West Bank hinterland by a chain of settlements housing approximately 200,000 Israelis. Israeli settlers — 2,000 of them — are now colonizing their Palestinian neighbors from the inside-out. Israel constructed its separation barrier to push 140,000 Palestinian Jerusalemites to the West Bank side of the wall. While nominally still within Jerusalem’s borders, these Palestinians — nearly half of the city’s Palestinian population — must cross a checkpoint to visit and work in the city center; and Israel has already signaled its intention to eventually redraw Jerusalem’s boundaries to formally omit their neighborhoods. Since 1967, Israel treated Jerusalemite Palestinians as foreign non-citizens, granting them “residency” permits, and has since revoked more than 14,000 permits. Palestinian neighborhoods are left un-zoned for new construction, a deliberate policy to create overcrowding and compel residents to leave the city. If Palestinians build on their own land without a permit, then Israel is ready to demolish their homes. No conquest is complete without its discursive victory. Centuries of Arab heritage are treated as incidental to the city’s history. Palestinian tourism operators who do not hue to the official line risk losing their license.

And then there is the Gaza. Israel is determined to make permanent the political division between the West Bank and the Strip and weaken Palestinian unity and resolve.

Surveying Israel’s “facts on the ground”, no past president could have credibly claimed that this was a prelude to a promising peace deal. President Obama spurned the counsel of his special envoy to Israel-Palestine, former Senate Majority Leader George Mitchell, to support the equitable division of Jerusalem in a May 2011 policy speech. Instead, Obama sided with the advice of inveterate pro-Israel negotiator Dennis Ross to stay mum on the matter, which is to say to oblige Israel’s occupation of East Jerusalem. Had Obama spelled out America’s vision for a shared Jerusalem in a two-state settlement, he might have restrained his successor.

Moreover, if Obama had not buckled in his demand for a settlement freeze in the West Bank and Jerusalem, Trump could not so easily claim that he was merely recognizing the fact of Israeli dominion. The public rebuff of Trump among the self-styled serious class of diplomats is grandstanding; apparently, the more honorable track was to proclaim lofty support for a two-state solution, but never plan on doing anything that would bring Israel to halt its settler-colonization and end the occupation.

Trump’s unvarnished bias in favor of Israel may end up being salutary for the Palestinians. It may rid the PA of its delusions regarding U.S. mediation and refocus energy on rebuilding a national movement capable of mobilizing opposition to Israel. Nations and blocs like the European Union may go their own way and impose accountability on Israel. And the global BDS movement may get a boost as more people are convinced that the peace process is a sham.

-Khelil Bouarrouj is a junior fellow at the Institute for Palestine Studies.