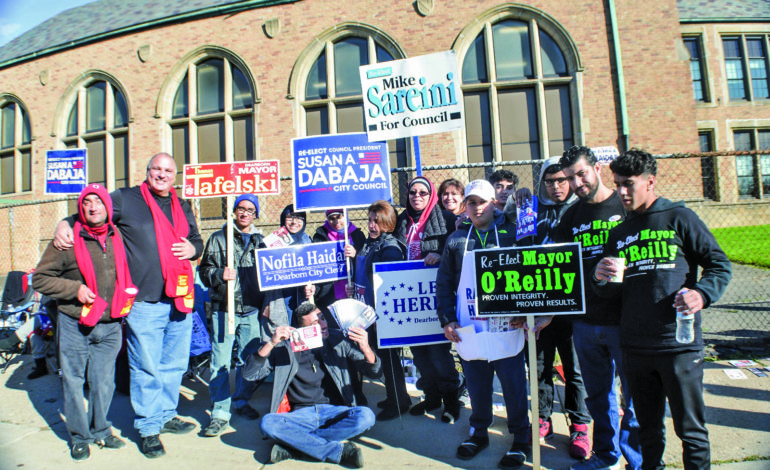 DEARBORN — Candidates in Dearborn’s Nov. 7 municipal elections spent almost $ 1 million during the election, according to the Wayne County Clerk.

Dearbornites voted for a mayor, seven City Council members and a City Clerk.

The final campaign finance reports show that all 18 candidates spent a total of $997,864 out of $1,146,725 donated to them during the election cycle, according to financial reports filed by Dec. 7.

A list of contributors reveals that Arab American individuals and entities were the top donors to both campaigns.

Both candidates for City Clerk shelled out $39,891 of the $61,722 donated to them. Although candidate Nofila Haidar was more generous than her opponent, George Darany, by a few hundred thousand dollars, Darany managed to win in a landslide with 70 percent of the vote.

Data from Wayne County show that Councilwoman Susan Dabaja, the top-vote-getter in November, spent about $99,000 out of the $154,000 collected by her campaign.

Councilman Mike Sareini came in second place in the race after spending about $146,000 out of $151,000 contribted to his campaign; he was the top spender among the City Council candidates.

Ramez Haidar, who received the fewest number of votes in the City Council race, spent more than $50,000 on his campaign.

The total amount of funds collected by the winning candidates was about double that of the losing ones, at $413,024 compared to $190,933.