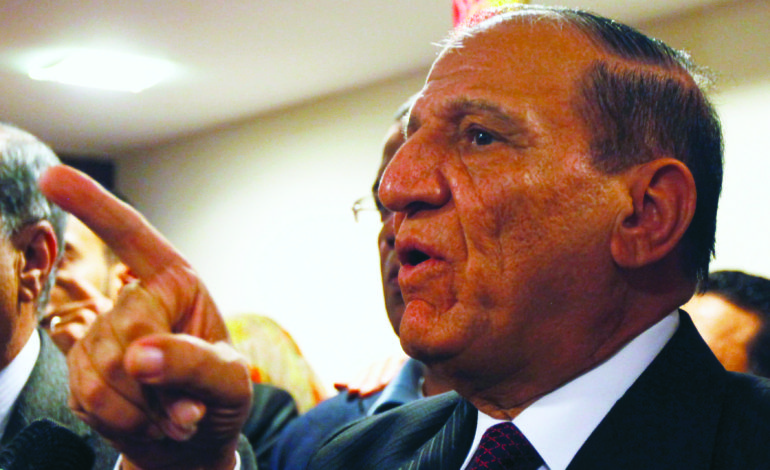 Egypt's former army chief of staff Sami Anan, during a news conference about his position in the next presidential election at his office in Cairo, Mar. 13, 2014 - Photo by Reuters

CAIRO — Former armed forces chief of staff General Sami Anan is to run in Egypt’s presidential election in March, the party he leads said on Thursday.

An election commission said on Monday Egypt would hold the vote on March 26-28, with a run-off on April 24-26. Candidates must register between Jan 20 and 29.

“The party leaders took a decision for General Sami Anan’s candidacy and informed him of the decision and there was no problem at all and no objection from him,” said Sami Balah, the secretary general of the Arabism Egypt Party.

Balah said party members and officials across the country had been contacted about collecting the required votes of nomination, starting from Saturday.

Election regulations stipulate that would-be candidates must obtain the backing of at least 20 members of parliament for their candidacy or be supported by at least 25,000 eligible voters in at least 15 governorates.

The party will hold a news conference in the next few days for Anan to officially announce his candidacy, said Ragab Helal, a leading member in the party and member of parliament.

Egyptian President Abdel Fattah al-Sisi is expected to seek a second term, but has yet to announce his candidacy. Over three-quarters of parliamentarians expressed support for Sisi the day after the election date was announced.

Sisi’s critics say his popularity has been dimmed by austerity reforms, security problems and a crackdown on dissidents.

The former general won a landslide victory in an election in 2014, a year after he led, as a military commander, the overthrow of the first elected president, Mohamed Morsi.