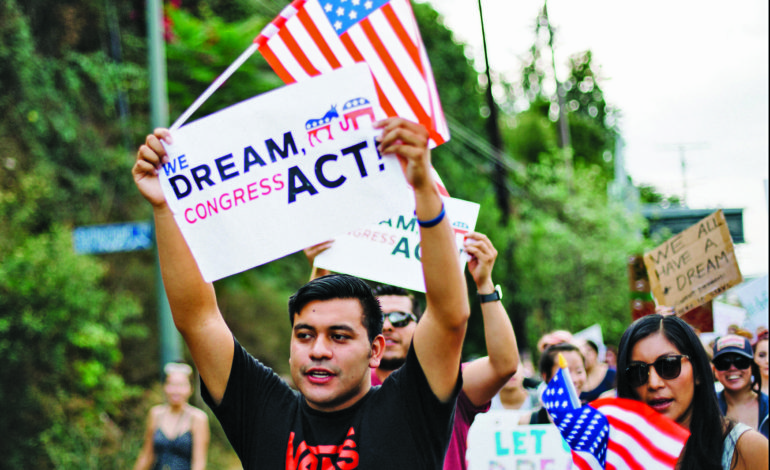 SAN FRANCISCO — President Trump blasted the federal court system on Wednesday as “broken and unfair” after a judge blocked his administration’s move to end a program protecting young immigrants brought to the United States illegally by their parents.

A U.S. District Court judge in San Francisco ruled late on Tuesday that Deferred Action for Childhood Arrivals, or DACA, which Trump has said he will end, should remain in effect until legal challenges brought in multiple courts are resolved.

Under the administration’s plan, the program for young people commonly known as “Dreamers” would be phased out over a two-year period, beginning in March.

“It just shows everyone how broken and unfair our court system is when the opposing side in a case (such as DACA) … almost always wins before being reversed by higher courts,” the Republican president wrote on Twitter.

The Justice Department said in a statement it “looks forward to vindicating its position in further litigation.”

But the administration did not immediately appeal the decision by U.S. District Judge William Alsup of the Northern District of California. An appeal from that court would typically go to the ninth U.S. Circuit Court of Appeals.

Several experts said Tuesday’s court ruling could complicate negotiations between congressional Democrats and Republicans trying to reach a deal to resolve the legal status of nearly 700,000 young immigrants covered by the program, which allows them to live and work in the United States.

At a White House meeting on Tuesday before the court ruling, Trump urged lawmakers to quickly reach a bipartisan DACA deal before moving on to even tougher negotiations on a comprehensive immigration bill.