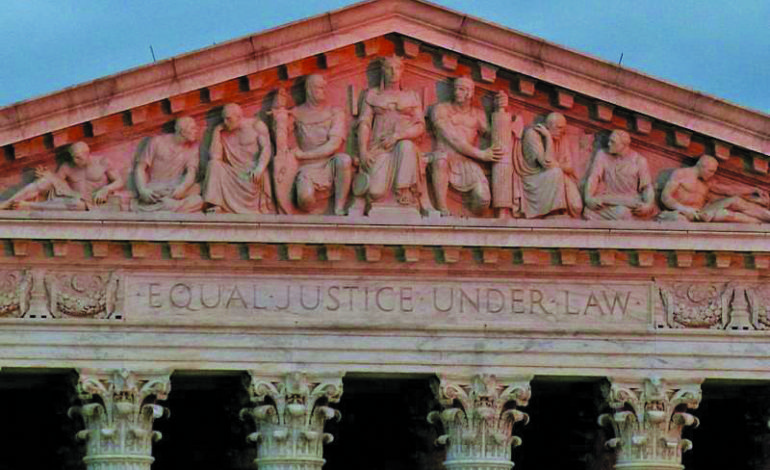 WASHINGTON, D.C. — On Tuesday, Supreme Court justices wrestled with the scope of police authority to search vehicles without warrants, with Chief Justice John Roberts referencing the shiny red convertible taken for a joyride in the 1986 comedy film “Ferris Bueller’s Day Off” to make a serious legal point.

The justices heard arguments in two cases in which convicted defendants are seeking to have key evidence against them thrown out because it was obtained by police officers through vehicle searches conducted without a court-issued warrant.

One case involved a stolen motorcycle that was covered by a tarpaulin and parked on private property next to a house in Charlottesville, Virginia. The other involved a rental car stopped by police in Pennsylvania – driven by a man who was not named on the agreement with the rental agency – in which heroin was found.

At issue is whether police in the two cases violated the U.S. Constitution’s Fourth Amendment, which protects against unreasonable searches and seizures.

After mentioning the film’s car, Roberts asked Trevor Cox, the state of Virginia’s lawyer who was defending the police search, whether he was arguing that police “can just go in” to a house without a warrant because a car is “mobile and they got it in there somehow (so) they can get it out.”

Other justices voiced similar concerns, including Neil Gorsuch, who seemed troubled about police officers being able to search garages and other outbuildings without a warrant.

“Not many people live in their garage. Some people do, and in barns, but usually they’re reserved for cars and for animals. And you’re suggesting that in those places the police can search without a warrant,” Gorsuch told Cox.

Justice Stephen Breyer appeared to support a ruling that would prohibit a warrantless search in such a case if the driver has the permission of the person named in the rental agreement to use a vehicle as long the driver did not commit a crime in taking possession of the car.

Rulings in both cases are due by the end of June.