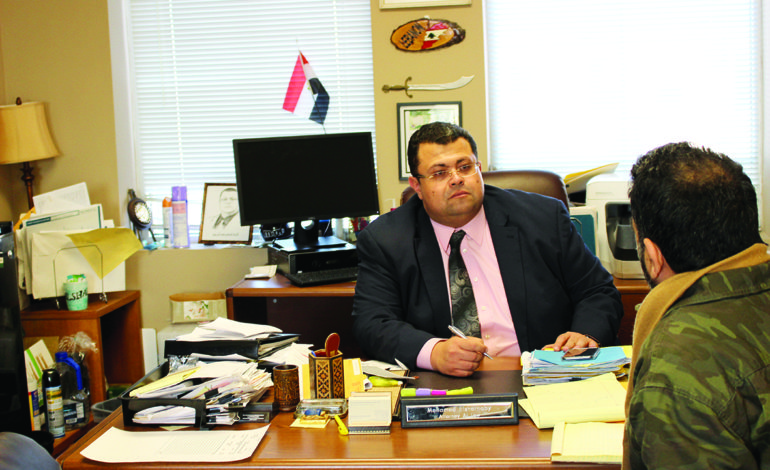 DEARBORN — On December 5, the Supreme Court ruled to fully implement President Trump’s decision to ban travel from six Muslim-majority countries, despite several legal challenges against it in lower courts.

The decision to approve the third iteration of Trump’s travel ban has disappointed many in the legal and political world and has shocked thousands of American families who have applied to be reunited with their families from the embargoed countries, including from Yemen, Libya and Somalia.

Local immigration attorney Mohammed Elsharnoby said the Supreme Court’s approval of the full implementation of the travel ban was based on the fact that the lower courts cannot block a presidential executive action and came after Trump revised it to be “carefully and intelligently designed to make it difficult to challenge.”

Lower federal courts have previously partially suspended Trump’s ban, opening the doors for individuals with close ties to U.S. citizens and institutions to come to the country to live, work or study. However, the Supreme Court’s decision reversed it, preventing families, including spouses, from reuniting.

“The ban has already been applied to the citizens of these countries,” Elsharnoby said. “Last month, we saw the implementation of the order against Yemeni, Syrian and Libyan citizens who had previously obtained visas to the United States, but were immediately revoked following the supreme court’s decision.”

He added that although the ban included some exceptions, U.S. embassies applied it blanketly without paying attention to them.

Trump’s executive action included remedies for individuals whose lives may be in danger. They should be allowed to file a petition so that their Visa could be processed, Elsharnoby said.

But embassies did not comply. For example, the U.S. embassy in Djibouti halted the Visa application process for hundreds of Yemenis, because the applicants are nationals of the prohibited countries.

Elsharnoby added that the ban violates the rights of American citizens by separating them from their families, as outlined for by immigration laws and pointed out the failure of relevant immigration departments to return fees and costs, saying the government was “cheating people.”

“We have a case for an American citizen of Yemeni origin who has three sons of a deceased wife,” Elsharnoby said of a case family he recently represented. “He traveled to Yemen and married another woman to help him raise and care for the children. Over the past months, we have worked hard to speed up the treatment of bringing in the wife, who gave birth to a fourth child, but the Supreme Court’s approval of the president’s decision resulted in the arrest of the family.”

Elsharnoby pointed to another case of a Syrian citizen living in Saudi Arabia, who was chosen to enter the U.S. by lottery or what is known as the Diversity Visa Program. After he was granted a Visa, he left his job, but was later surprised by the cancellation of the Visa to enter the U.S.

“These two examples give a picture of those affected by the presidential decision,” Elsharnoby said. “The Yemeni family is suffering from being broken apart and the young Syrian has lost everything. He lost his job, his home and now the opportunity to immigrate to America.

Elsharnoby, who immigrated to the United States in 2001, said the travel ban did not have an expiration date, furthering the turmoil and confusion about what could be done to reunite families. In theory, U.S. citizens could continue to apply for family members to obtain Visas, but a response is not guaranteed, unless the travel ban is amended or revoked. Elsharnoby stressed the, “unprecedented cruelty of the current U.S. administration in its infringement of civil rights of Americans and their families.

“There is no indication that the decision has been changed or modified,” he said. “The president’s administration formulated the executive action in a crafty manner.”

What about temporary protection?

Elsharnoby said no decision has been issued so far to extend the duration for Syrians who are covered by Temporary Protected Status (TPS), which expires on March 31. There are about 6,000 Syrian beneficiaries of the TPS program and they may be subject to deportation after that protection ends.