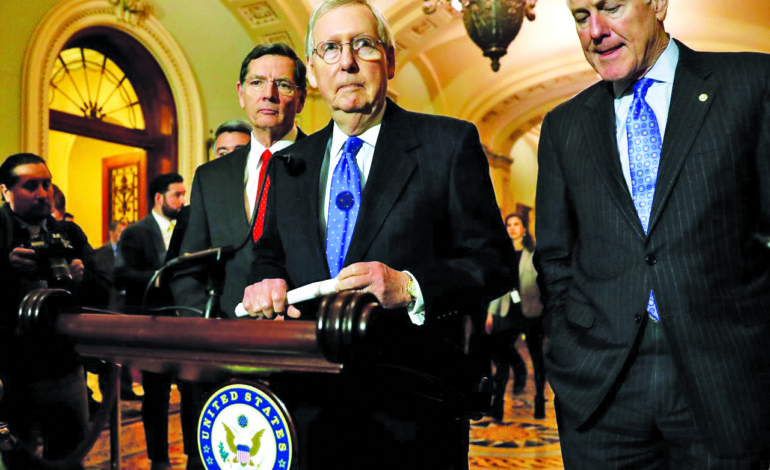 WASHINGTON, D.C. — Congressional Republicans struggled to line up support on Thursday for a short-term extension of government funding that would avert a politically embarrassing shutdown, after President  Trump offered mixed signals on the stopgap plan.

Trump complicated the talks by saying a six-year extension of funding for the Children’s Health Insurance Program (CHIP), a Democratic priority, should not be included. The White House later said the president fully backed the proposal pending in the House of Representatives, which includes the insurance plan.

Given opposition in both parties, it was still unclear on Thursday if Congress could head off a weekend shutdown of the federal government, which is operating on its third temporary funding extension since the 2018 fiscal year began on Oct. 1.

Negotiators have scrambled to reach a budget deal that would include Democratic efforts to protect young immigrants known as “Dreamers”, who were brought to the country illegally as children, and satisfy conservatives who want to raise spending for the military.

But some Republicans were not so certain the continuing resolution had enough support for approval.

Questions about Trump’s support arose earlier on Thursday, when he said on Twitter that “CHIP should be part of a long term solution, not a 30 Day, or short term, extension!” That led the White House to issue a statement saying Trump was still on board with the House proposal.

With the threat of a shutdown looming, some senators began to discuss the possibility of short one- or two-day extensions to allow negotiations to continue without stopping government operations.

Some government agencies began to prepare for a possible shutdown. The U.S. Government Accountability Office sent its employees a memo on Thursday warning that regular operations would cease on Monday if a shutdown occurred.

If money were to run out, many federal agencies would be shut down and workers sent home. But “essential services” dealing with public safety and national security would continue.