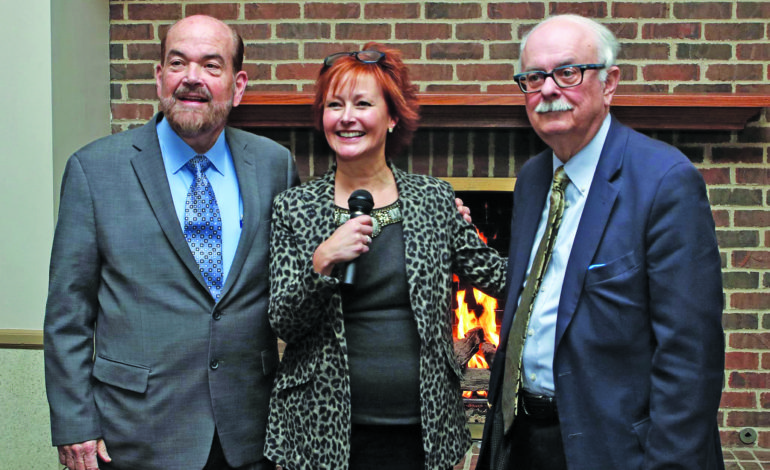 DEARBORN — Major developments are underway that will change the face of the Dearborn/Dearborn Heights area for decades to come – plans that one city couldn’t deliver on its own.

On January 16, the mayors of both cities met with investors, developers, small businesses and officials across the county to share the progress of that vision during a “Tale of Our Cities” luncheon at the Dearborn Hills Golf Course.

Jackie Lovejoy, president of the Dearborn Area Chamber of Commerce, which organizes the annual event, kicked off what served as joint state of the city addresses with a business mixer, followed by statements from Dearborn Mayor Jack O’Reilly and Dearborn Heights Mayor Dan Paletko and an opportunity for business leaders to ask questions about matters ranging from the development of business corridors to a possible merging of police dispatch centers.

The event coincided with the chamber’s 75th anniversary, during which Lovejoy said it consisted of about 600 members of big and small businesses.

Ford Motor Company, the second largest U.S. automobile manufacturer, has placed Dearborn on the global map for more than a century, and is preparing to do that once again.

O’Reilly said the construction of new office and retail spaces in West Dearborn is near completion, which will bring with it a slew of investment that could make the city a unique destination for work and play.

Ford’s project at Wagner Place, located between Michigan Avenue, Mason Street and Oakwood Boulevard, aims to transform two blocks of old buildings into a new urban space that will be occupied by around 600 Ford employees.

The new buildings will have retail, restaurants, workspace and a rooftop patio.

O’Reilly said Ford’s project was unique because it was the first time the company had purchased new property in Dearborn since Henry Ford ran the company in the 1920s.

“To me that’s a huge investment,” O’Reilly said, adding that Ford’s goal is to attract talent that would make it as competitive as Silicon Valley’s tech giants. “We’re blessed to be the beneficiaries to that commitment, and its going to bring all kinds of new opportunities.”

He added that the city was able to secure funding from the Michigan Economic Development Corporation (MEDC) for a public parking deck, landscapes and common event areas to be built near the headquarters.

He said work on that will begin this summer as Ford employees begin moving into their new offices.

O’Reilly pointed to other initiatives aimed at revitalizing areas grappling with a decline in commerce. 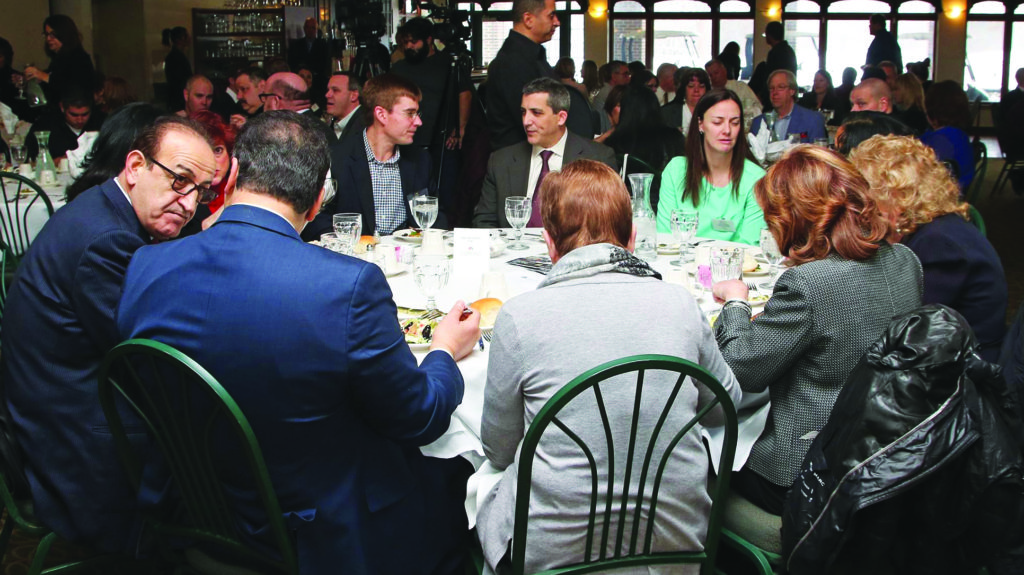 He said the city has recently set up four corridor development authorities, including one that oversees growth on Warren Ave. and one for Dearborn’s Southend, which are more “linear” but have similar goals to the already existing East and West Dearborn Downtown Development Authorities established in the 70s.

“We have four business districts that have autonomy – in a sense – and that can begin to look at what they feel is going to most benefit their businesses on that corridor,” O’Reilly said.

He also said developers are planning to build new high-rise properties on the east side and other investors are currently adding housing above their properties.

“With what’s going on in downtown and midtown in Detroit, we’re a perfect place for affordable housing,” O’Reilly said, adding that Ford’s redevelopment project is expected to strengthen the real estate market on the west side.

A new senior housing project, which has generated much demand and is “wisely” located next to a health facility, is also expected open next fall, he said.

The Artspace Lofts, located in the old City Hall, have been filled since it was opened, he added. The city has also opened a new dog park, while Levagood and Ford Woods Parks are being redone.

“As each year goes by, it becomes more and more evident that the result of having two mayors of neighboring cities like ours, who enjoy such a solid, good working relationship and friendship, benefits not only our respective communities, but the region as a whole.” – Dearborn Heights Mayor Dan Paletko

Regarding transit, O’Reilly said Dearborn was “way ahead of the game” compared to the rest of the state.

He pointed to new high-speed SMART bus service that will run along Michigan Ave., taking passengers from Dearborn straight to their terminal at Detroit Metro Airport.

But as Ford’s new office space and public transportation are poised to generate more activity on Michigan Ave., some worried attendees asked about plans to regulate traffic flow.

“We have a bottleneck that’s not gonna go away,” O’Reilly acknowledged.

However, he said the city is planning on turning some two-way streets into one-ways and is coordinating with Ford about getting its employees in and out through other access points than from Michigan Ave.

O’Reilly touted the city’s new bicycle sharing system and the expansion of trail paths that stretch about 50 miles and “continue to connect our city.”

As more cites grapple with deciding whether to allowing medical marijuana storefronts to open shop, O’Reilly said he’s “waiting to see what happens” and that he wants to make sure the city doesn’t “get ahead of what’s coming” with new state laws.

“We’re not adverse to it,” he said. “We just want to make sure we’re going to be consistent.”

Mayor Paletko said it was a pleasure for him to share quality time with the business community.

“As each year goes by, it becomes more and more evident that the result of having two mayors of neighboring cities like ours, who enjoy such a solid, good working relationship and friendship, benefits not only our respective communities, but the region as a whole,” he said.

He discussed successful deals in Dearborn Heights made to benefit residents.

He mentioned that city’s purchase of the Warren Valley Golf Course from Wayne County to “continue to make a good golf course and great place for wildlife” instead of its sale to a developer that would have built an exclusive subdivision for expensive homes.

Following the water crisis in Flint and other cities nationwide, Paletko said Dearborn Heights was the first community in the area to partner with Aquasight, a group that regularly tests and analyzes water systems and provides early warnings before disasters develop to, “ensure that Dearborn Heights residents and businesses have great water service.”

Paletko also said Dearborn is not the only city to reap the benefits of Ford’s redevelopment project.

He said Dearborn Heights seized an opportunity after Masco Corporation closed its headquarters and left a large vacant office space.

In fact, he said it was during last year’s Tale of Our Cities event that he and Ford Land’s now-president, Dave Dubensky, began talks to provide Ford employees a temporary office space while the new headquarters were being built in West Dearborn. He added that the employees are now starting to move in.

With joint efforts from Taylor Township, which borders Dearborn Heights, Paletko said major plans were in the works to revitalize the Van Born corridor, for which the city will start taking the public’s input in February.

On issuing permits for medical marijuana dispensaries in the city, Paletko pointed out Attorney General Jeff Sessions’ comments against the drug.

“One has to realize that on a federal level, this is still a crime,” he said.

Attendees asked about the combined 911 dispatch system Dearborn shares with Melvindale and the prospect that Dearborn Heights would join.

O’Reilly said the entire state is embracing a shared 911 system, and that it’s a matter of time before the neighboring cities start benefiting from it.

“The idea was to have the kind of system that could accommodate almost any information technology,” he said. “So that no matter what kind of tools they have they will be able to communicate with dispatch, which has been a challenge.”

O’Reilly criticized residents who are “narrow about working with other communities” and said one community’s success doesn’t mean much if it is surrounded by others that aren’t doing well.

“There are lot of things that we would do collectively which would get more value for the dollar,” he said.

Paletko said these barriers exist because some players are out for political gain.

“People are trying to make a name for themselves politically to the detriment of cooperation,” he said. “There are things that we all do that we’ve ended up getting a specialty in. By offering that specialty to neighboring communities, we become more efficient. We can operate at a cheaper cost and it benefits all the residents.”