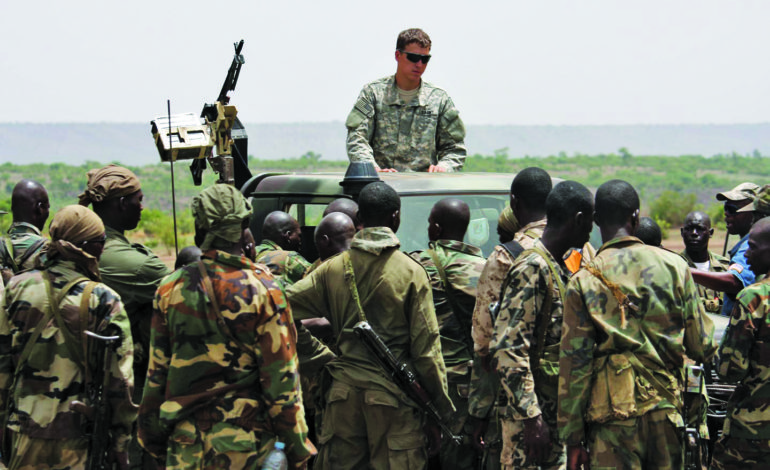 On January 15, millions of Americans commemorated Martin Luther Kings Day. Dr. King’s famous speech, “I Have a Dream”, was repeated numerous times in media outlets as a reminder of the evil of racism, which is being resurrected in a most pronounced way in American society.

But that is only one version of Dr. King that is allowed to be broadcast, at least in polite company. The other, more revolutionary, radical and global King is to remain hidden from view.

Exactly one year before his assassination on April 4, 1968, Dr. King delivered a truly scathing speech that challenged not only the state apparatus but the liberal hierarchy which posed as if they were his allies. It was called: “Beyond Vietnam.”

“We must stop now,” he said, his voice thundering. “I speak as a child of God and brother to the suffering poor of Vietnam. I speak for those whose land is being laid waste, whose homes are being destroyed, whose culture is being subverted.”

Then, he added these words, which sent much alarm among those who sought to isolate anti-war efforts from King’s own struggle:

“I speak of the — for the — poor of America, who are paying the double price of smashed hopes at home, and death and corruption in Vietnam.”

Unlike the more famous speech, “I Have a Dream” — delivered in the 1963 “March on Washington” — “Beyond Vietnam” pushed past the boundaries of what is acceptable by “liberal” America into whole new territories, where Dr. King’s anti-war and global solidarity values were unapologetically linked to the fight against racism and poverty at home.

On that day, the American civil rights struggle courageously broke free from the confines of American exceptionalism, to join a worldwide movement of struggles against racism, colonialism and war.

“A true revolution of values will soon cause us to question the fairness and justice of many of our past and present policies.” -Martin Luther King, Jr.

Unsurprisingly, Dr. King’s speech angered many members of White communities who were directly or indirectly affiliated with the Washington establishment.

Merely three days after the speech, the New York Times countered in its editorial: “There are no simple answers to the war in Vietnam or to racial justice in this country. Linking these hard-complex problems will lead not to solutions but to deeper confusion.”

In fact, there was no “confusion”, but total and complete clarity and coherence. To be truly meaningful, human rights values cannot be sectionalized and isolated from one another.

Yet, what alarmed the so-called liberals is the intellectual growth and awareness of the civil rights movement at the time, which matured enough to the point of pushing for greater integration among all struggles.

A more vibrant and empowered King, aged only 38 years at the time, seemed to have fully fathomed the link between the oppression of poor, Black Americans at home and the oppression of poor Vietnamese peasants abroad. They were all victims of what he dubbed the “giant triplets of racism, extreme materialism, and militarism.”

Right there and then, King had achieved a revolutionary and terrifying idea that might have contributed to his assassination a year later, for many of his allies outside the Black communities began disowning him.

But this passage in particular gave me a pause, as I reflected on the plight of millions of refugees and poor migrants forced to leave their homes in Africa and the Middle East, driven by wars, corruption and extreme want.

“A true revolution of values will soon cause us to question the fairness and justice of many of our past and present policies,” he said.

“On the one hand, we are called to play the Good Samaritan on life’s roadside, but that will be only an initial act. One day, we must come to see that the whole Jericho Road must be transformed so that men and women will not be constantly beaten and robbed as they make their journey on life’s highway.”

The metaphor of the road — to salvation, freedom, safety — was particularly emotive and foretelling.

If Dr. King were alive, he would have certainly placed the refugees as a top priority in his “revolution of values.”

Africa in particular, is being robbed. Tens of billions of dollars are being siphoned out of the continent, while Black men and women are being sold for slavery, in Libya and elsewhere.

Libya was torn apart by the NATO-led war that left the country without a government. The war on Libya channeled massive armaments to neighboring African countries, leading to new wars or resuscitating old conflicts.

According to the United Nations, there are nearly 700,000 African refugees in Libya who hope to reach Europe. The latter, which has fueled the Libya conflict, has taken no responsibility for the crisis.

The International Organization for Migration (IOM) reported that 2,550 refugees and migrants died trying to cross to Europe from the Libyan coast in the first nine months of 2017. One of every 50 persons who embarks on the journey dies on that tragic “Jericho Road.”

They do so while knowing the risk, because staying in Libya or going back home could mean a far  worse fate.

While in Libya news reports speak of “slave markets”, in Israel, the country’s immigration ministry is offering civilians lucrative jobs to “locate, detain and monitor” African refugees, who are all being pushed outside the country and thrown into other perilous regions.

In the U.S., the government and media selectively exploit the legacy of Dr. King, but behave in ways that are completely contrary to the true values of that noble man.

The U.S. military is expanding its operations in Africa faster than in any other part of the world. This means more weapons, more political instability, coups, wars and eventually millions more of poor men, women and children being driven to flee, often to their own demise.

The legacy of Dr. King, as presented in mainstream media, has become about the whitewashing of a racist, militaristic and materialistic system, although King himself has championed the exact opposite.

“Now let us begin,” he concluded in his anti-war speech. “Now let us rededicate ourselves to the long and bitter, but beautiful, struggle for a new world.”

50 years after his assassination, maybe it is time to truly listen.