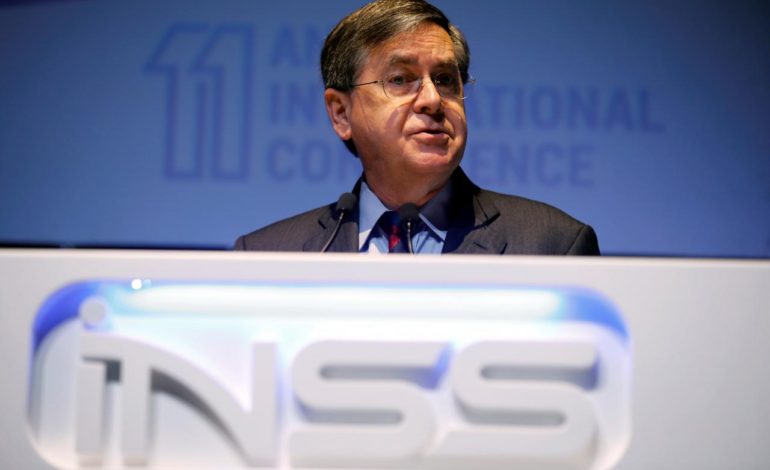 BEIRUT — The United States pledged continued support for Lebanon’s military on Wednesday, calling it a potential counterweight to Iranian-backed Hezbollah, even as Israel said the two forces were indistinguishable and fair game in any future war.

Satterfield added that the Lebanese army “could well serve as a counterweight to Hezbollah’s desire to expand its own influence there, as well as Iran’s reach in Lebanon”.

But taking the stage three hours later, Israeli Defence Minister Avigdor Lieberman reiterated his view that the Lebanese army was under the command of the better-equipped Hezbollah.

“As far as I‘m concerned, all of Lebanon – the Lebanese army, Lebanon and the Lebanese army – are no different from Hezbollah,” he said. “They are part of Hezbollah and they will all pay the full price” for any large-scale attack on Israel.

on Wednesday, Lebanon’s Hezbollah pledged to confront any threats to the country’s “oil and gas rights” after Israeli comments urging firms not to bid on a Lebanese offshore energy tender.

“We confirm again our firm and honest position to decisively confront any assault on our oil and gas rights, and protect (Lebanon‘s) wealth,” the Iran-backed political and military movement said in a statement.