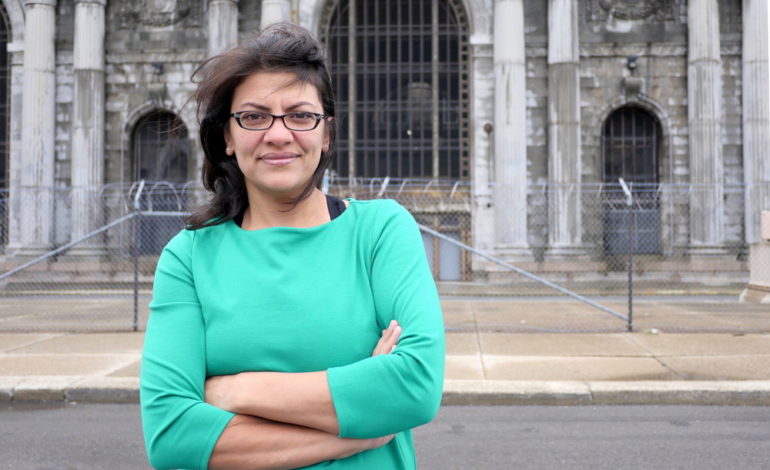 DETROIT — Rashida Tlaib, a Democrat, has officially thrown her hat in the race for Michigan’s 13th congressional district.

The seat was left open by longstanding U.S. Rep. John Conyers (D-Detroit), who retired in December amid sexual harassment allegations.

“Serving in the U.S. Congress is about much more than voting on bills,” Tlaib said in a statement. It is about taking on the corporate bullies that taint our democratic process and pushing back when the system is broken. Voters will never wonder where I stand on an issue or if I will be there when needed.  I will be side by side with them as we fight back against the Trump agenda together.”

Tlaib grew up in Detroit as the eldest of 14 children and while fighting for working families as a public interest lawyer. She said she intends to visit tens of thousands of her neighbors across her district with an aggressive grassroots campaign that is about direct connection to the communities she intends to serve.

As a state representative and, most recently, as a public interest lawyer at the Sugar Law Center for Economic and Social Justice, Tlaib has focused on human rights advocacy. She has developed a reputation as an organizer who puts the interests of people first.

She has taken on the Koch Brothers, helped remove toxic “pet coke” from Detroit’s riverfront, secured millions of dollars for free health clinics, lead abatement services, Meals on Wheels programs for seniors, before and after school programs, among other community services.

Tlaib led the national Take On Hate civil rights campaign to fight bigotry and promote understanding. She has a history as a champion for environmental justice and public health and safety, obtaining a Cancer Cluster Study requirement for an area suffering extreme industrial pollution in Southwest Detroit and passing bills cracking down on scrap metal theft and mortgage fraud in Detroit, Wayne County and across Michigan.

Tlaib is a former state representative of Southwest Detroit’s sixth district who served six years before reaching her term limit in 2014.

“My track record is based on a new approach to public service, one that is needed now more than ever,” she said in a statement. “My residents have my cell phone. We work together to prevent scrap metal thieves from destroying our neighborhoods, win injunctions against polluters, and defeat corporate billionaires who flout our laws. We take on the fights for our community that others think are too hard or too controversial. And we win. That’s what I want to bring to this district.”

Tlaib’s parents are Palestinian immigrants. She is a Detroit native who attended Southwestern High School. She earned a B.A. in political science from Wayne State University in 1998 and a law degree from Thomas Cooley Law School in 2004. She lives in Detroit with her two sons.