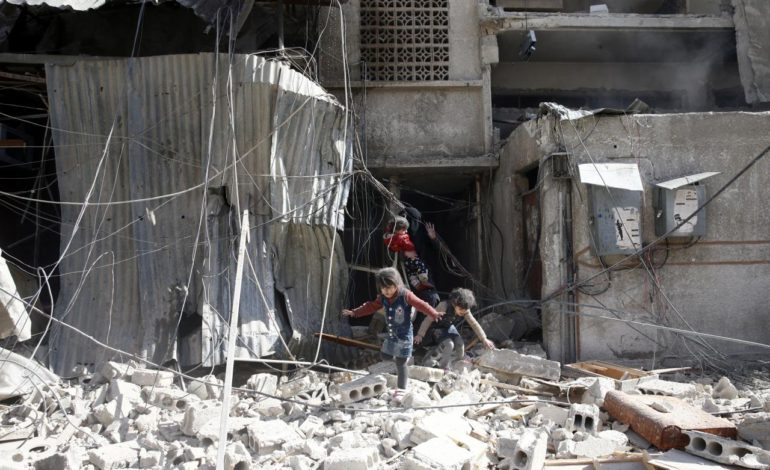 Children walk on rubble of damaged buildings after an airstrike in the besieged town of Douma in eastern Ghouta in Damascus, Syria, February 7/ REUTERS

The Syrian government has repeatedly said it only targets militants.

The United Nations called on Tuesday for an immediate humanitarian ceasefire in Syria of at least a month.

U.N. representatives noted that Eastern Ghouta, the last major rebel bastion near Damascus after almost seven years of war, had not received inter-agency aid since November.

The army and its allies have besieged Eastern Ghouta, a pocket of satellite towns and farms under the control of rebel factions, since 2013.