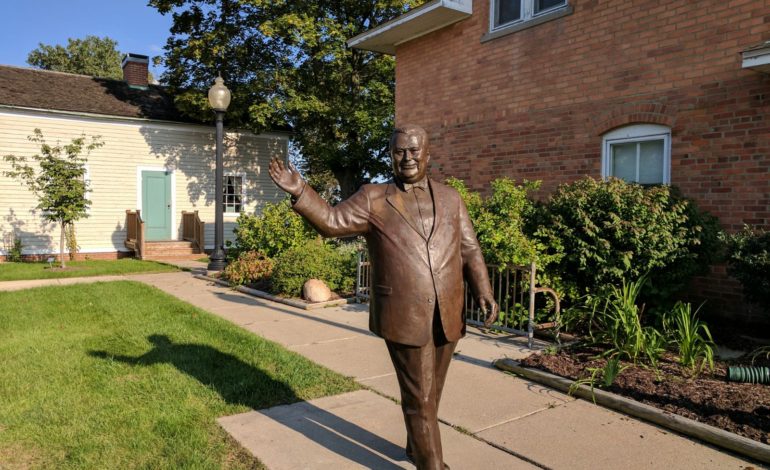 DEARBORN — After much contention from residents and even within the Dearborn Historical Commission, the late Mayor Orville Hubbard’s statue has a new plaque that acknowledges his hatred for Blacks.

The statue’s placement, prominently displayed outside the Dearborn Historical Museum on Brady Street, is already controversial. But just before Christmas, the city quietly replaced the plaque.

The short description of Hubbard’s 36-year tenure as mayor details his controversies and contained a sentence that said, “A self-described segregationist, he periodically gained negative national attention for comments that disparaged African Americans.”

The previous plaque had no mention of his use of racial slurs and efforts to keep African Americans from moving into Dearborn.

In 1956, Hubbard told an Alabama newspaper that, “They [Black people] can’t get in here. Every time we hear of a Negro moving in….We respond quicker than you do a fire.”

There have been protests to remove Hubbard’s statue from the public and even talks of having it moved to his grave.