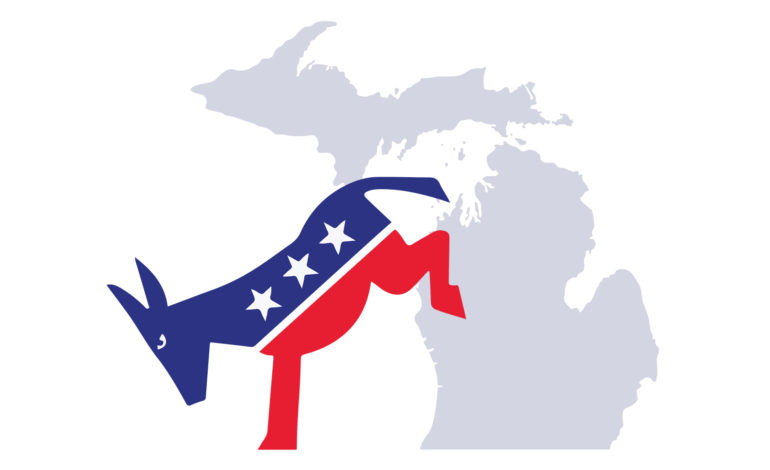 This gubernatorial election has a pool of Democratic candidates who represent a diverse range of backgrounds, including an Arab American, an African American and an Indian American. If any of them are elected, it would be first for the state.

The fourth and leading candidate, Gretchen Whitmer, would be the state’s second woman governor, if elected. Jennifer Granholm was the first woman to be elected as Michigan’s governor. She served two terms from 2002 to 2010. El-Sayed, 33, was the director of Detroit’s health department and — the youngest health commissioner in the country — from 2015 until his resignation last February to focus on his run for the seat.

El-Sayed’s message is one of change and looking out for the defenseless, particularly regarding the environment, education and the economy.

“I believe in a Michigan that is more equitable, more sustainable than the state we live in now,” El-Sayed said. “And in that Michigan, any child, regardless of the color of their skin, and where they are from, what their parents do, have the opportunity to achieve access to a dignified life that child can have confidence in growing up.”

The statement serves as an allegory to El-Sayed’s own history as the son of two Egyptian American immigrants.

However, recent buzz concerning his apparent ineligibility to run has supporters worried.

It began with a Feb. 5 Bridge Magazine article alleging that he might not be able to seek the governor’s seat because he lived in New York from October 2013 to March 2015 while he was a professor at Columbia. The state’s constitution mandates that a candidate must be a registered voter for at least four years prior to filing his or her petition.

But the Secretary of State’s office confirmed El-Sayed had been simultaneously living in Michigan since 2003.

“We’re 100 percent confident that I’m eligible to run for governor and to serve as governor of the state,” El-Sayed said during a Jan. 31 interview with Michigan Radio host Cynthia Canty.

His campaign has consulted with Robert Lenhard, an attorney and former chairman of the Federal Elections Commission, who said he was confident the El-Sayed was qualified to run.

“He was born here, went to school here, and married here,” campaign spokesman Adam Joseph said Lenhard told the campaign. “He has been a property owner, a taxpayer, a registered voter and a resident of Michigan throughout the qualifying period under state law. Michigan law has never held that absences from the state for school or work cause you to lose your residence. This issue is just a red herring.”

El-Sayed has raised just under $1.9 million this election cycle The 46-year-old East Lansing attorney is a former minority leader in the Michigan Senate and a former state representative.

Whitmer is also a former interim Ingham County prosecutor who was tasked with fixing a scandal-ridden office following the conviction of former Prosecutor Stuart Dunnings III, who’d been charged with 11 counts of involvement with a prostitute and four counts of willful neglect of duty.

When she first announced her candidacy last January, Whitmer told The AANews her platform focused on increasing economic opportunities for working class families and restoring “integrity, accountability and transparency” to the state’s government.

“I am running for governor because I think we deserve a leader who is unafraid to talk to people about the real issues of the day,” she said. “Not to spin and try to politicize every problem, but to really seek solutions and pull a diverse group of people toward finding solutions to the issues that we face as a state.”

When asked how she would deal with objections from constituents and a majority Republican legislature, as a fierce reproductive rights advocate and a Democrat, Whitmer said, “I know what it is like to face assumptions about who I am and where I come from. I’ve learned to trust that when you are working hard and trying to do the right thing that is what you get judged on at the end of the day.”

Whitmer has raised about $3 million for her campaign.

She has a bachelor’s degree in education and a law degree from Michigan State University. He also wants to focus on government transparency, providing access to clean water and cleaning up the Great Lakes.

“Trust in our government has eroded, along with our water, highways, bridges, and schools,” Cobbs said on his campaign website. “Too many Michiganders have been left without clean water and our state is now at the bottom of the country in ethics and transparency.”

Between contributions and his own money, his campaign has about $76,000.

Cobbs currently works as an executive coach for people looking for roles with Fortune 500 companies. He has a bachelor’s degree in broadcast journalism from the University of Michigan and a law degree from Wayne State University. At least 900,000 Metro Detroiters know who Thanedar is because they watched the businessman, author and science entrepreneur’s Super Bowl commercial, according to a Crain’s Detroit Business report of WDIV TV’s viewership.

In it, Thanedar, a 64-year-old Ann Arbor resident, pokes fun at the difficulty of pronouncing his name, while reinforcing it in the viewer’s mind.

In the ad, Thanedar depicts himself as a chemist, engineer and a progressive immigrant who worked his way up from poverty in India. His campaign is focused on the need for rebuilding roads and bridges, understanding climate change and helping small businesses thrive.

Thanedar has already spend about $754,000 on TV ads, but still has about $5 million in the bank to spend on his campaign.

“When I lived in India my family fell into poverty,” Thanedar told The Michigan Daily. “I worked small jobs to help my family. Education was a ladder for my success “That ladder is broken for too many people today. I want to empower people to do good for themselves.”