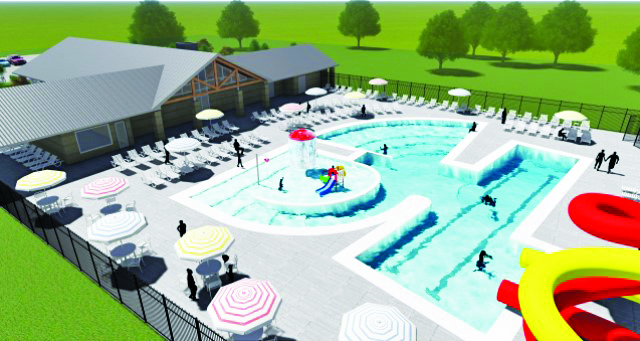 DEARBORN — The Dearborn City Council unanimously approved a plan to spend no more than $4,256,200 on a new pool complex in Ford Woods Park, despite an estimated price tag of about $2 million less on a proposal posted on the city’s website last year.

Council President Susan Dabaja said all of the city’s outdoor neighborhood pools are in disrepair and have exceeded their useful lifecycles.

At the January 30 City Council meeting, Dabaja said the city received five bids for the construction and that the Council selected the cheapest, most responsible option.

“Although it’s a lot higher than anticipated,” Dabaja said at the meeting, “the consensus that we will see shortly is that it would be a nice addition and a good resource for Dearborn families for years to come.”

Councilwoman Erin Byrnes said she used to swim in the old pool at Ford Woods, just five minutes away from where she grew up.

“It’s exciting to be investing dollars in something that people can see and experience,” Byrnes said. “I think this will attract people from the neighborhood and maybe even other cities.”

“I think there is a learning curve for us and even a communication curve,” he said, adding that the Council needs to be smarter next time.

“We need this pool,” he said. “This process is needed, but our process has to be smarter. I do want us, as a body, to learn something because if we don’t learn something from mistakes we make, we are likely to make the same mistakes over again.”

The chosen concept will cover approximately 23,000 square feet, with a pool capacity of 200 people and a dual water slide.

The complex will also include a 9,850 square foot concrete deck with a patio lounge area decorated with umbrellas and shades. A 4,000 square foot grass area is included in the price estimate as well as the construction of a 6,270 square foot building to house staff offices, storage areas and four family shower areas, according to a proposed plan on the city’s website.

This accreditation, which is reevaluated every five years, ensures “policy makers, department staff, the general public and tax-payers that an accredited park and recreation agency has been independently evaluated against established benchmarks as delivering a high level of quality,” according to the city’s recreation master plan for 2016-2021. 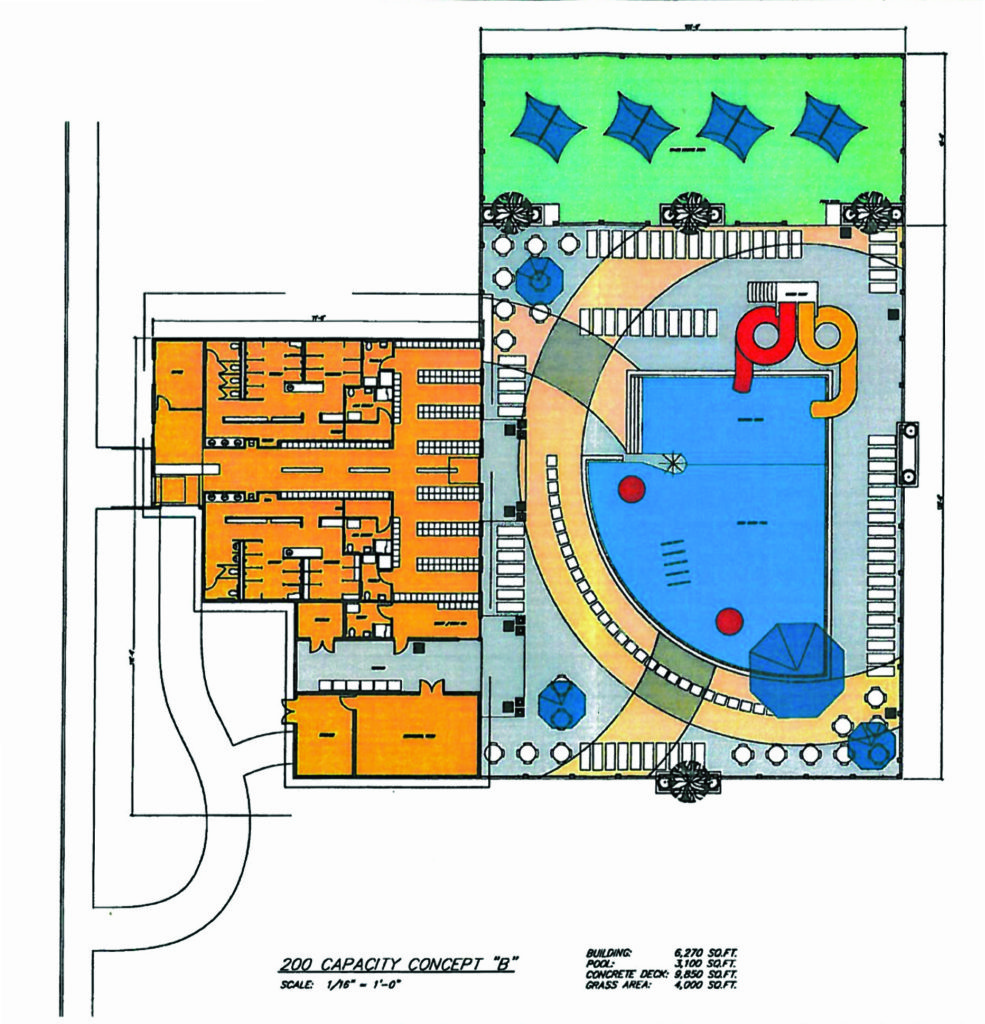 Proposed plan of Ford Woods pool complex from Jan. 30, 2017 – Photos from the city of Dearborn

The existing Ford Woods Pool opened in 1954. Before it was demolished this past summer, the 16,870 square foot pool had a capacity of 175 people.

According to the proposal posted on the city’s website on January 30, 2017, the original estimated price tag for a new Ford Woods Pool Complex was $2,174,622.

The resolution that passed at this year’s January 30 meeting, brought by Council members Mike Sareini and Leslie Herrick, saw that figure balloon to nearly $4.3 million.

The Council awarded the contract to the Troy-based Degenhardt and Sons Inc., “in an amount not expected to exceed $4,256,200 for pool construction at Ford Woods Park,” according to the meeting agenda.

The proposed plan also includes plans for the Dunworth Memorial Pool bathhouse project. The estimated cost of that complex is $3 million.

The document notes that $1,025,638 has already gone towards “pool repairs, bathhouse maintenance and repairs, a wading pool renovation, play elements and renovation to the 50-meter pool” since 1999. While $1,111,514 went toward “pool filtration/circulation” in 2007 alone.

The $3 million is expected to cover costs of the further renovations, demolition and construction at the Dunworth pool.

Attendance at Dearborn’s outdoor pools has increased over the past two years, according to the 2017 plan.

The pool complex at Ford Woods is expected to be ready for the 2019 swimming season.