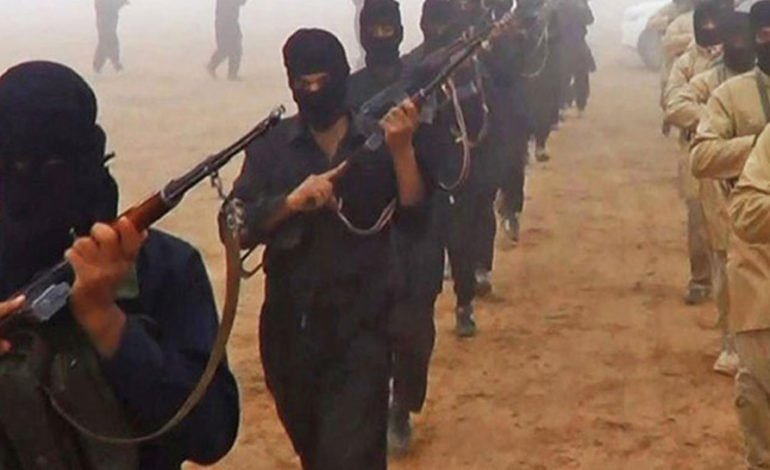 WASHINGTON — A Saudi man who attended flight school in Oklahoma was charged on Tuesday with visa fraud for allegedly having lied about attending an al Qaeda training camp in Afghanistan in 2000, the U.S. Justice Department said.

A federal grand jury returned a three-count indictment against Naif Abdulaziz M. Alfallaj, 34, after his fingerprints turned up on documents found by the U.S. military at an al Qaeda safe house in Afghanistan, the Justice Department said in a statement.

Court documents show that Alfallaj, of Weatherford, Oklahoma, was issued a private pilot’s certificate in November 2016, but it was revoked last year because federal authorities considered him at risk for air piracy or terrorism.

Based on a criminal complaint signed in U.S. District Court for the Western District of Oklahoma and unsealed on Tuesday, Alfallaj was taken into custody by the Federal Bureau of Investigation on Feb. 5, the Justice Department said.

According to the complaint, the FBI found 15 of Alfallaj’s fingerprints on an application to a training camp known as al Farooq, which was one of al Qaeda’s key training sites in Afghanistan.

Alfallaj is alleged to have first entered the United States in late 2011 on a nonimmigrant visa based on his wife’s status as a foreign student, the Justice Department said.

According to the complaint, he answered several questions on his visa application falsely, including whether he had ever supported terrorist organizations.

Alfallaj faces up to 10 years in prison on each of two charges of visa fraud and up to eight years for lying about his involvement in international terrorism, the statement said.