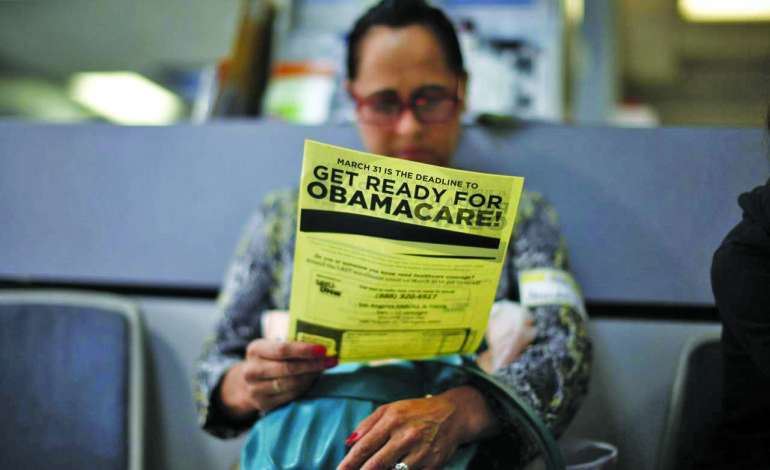 WASHINGTON, D.C. — The Trump administration is considering making it harder for foreigners living in the United States to get permanent residency if they have received certain public benefits such as food assistance, in a move that could sharply restrict legal immigration.

The Department of Homeland Security has drafted rules seen by Reuters that would allow immigration officers to scrutinize a potential immigrant’s use of certain taxpayer-funded public benefits to determine if they could become a public burden.

For example, U.S. officials could look at whether the applicant has enrolled a child in government pre-school programs or received subsidies for utility bills or health insurance premiums.

The draft rules are a sharp departure from current guidelines, which have been in place for nearly two decades and specifically bar authorities from considering such non-cash benefits in deciding a person’s eligibility to immigrate to the United States or stay in the country.

Receiving such benefits could weigh against an applicant, even if they were for an immigrant’s U.S. citizen children, according to the document.

In 2016, nearly 383,000 people who would be subject to the new standards obtained permanent residence while already in the United States. The rules would not apply to permanent residents applying for citizenship, but would apply to a wide range of people living or working in the United States, including close family members of U.S. citizens and workers employed by U.S. companies.

Among the benefits singled out in the draft rule for consideration are: Health insurance subsidies such as those provided by the Affordable Care Act; the Supplemental Nutrition Assistance Program (SNAP); the Children’s Health Insurance Program (CHIP); WIC, a federal program that feeds poor pregnant or nursing women and their children transportation and housing vouchers; programs that help the poor pay their heating bills; and programs such as Head Start, which provides early education to low-income children.