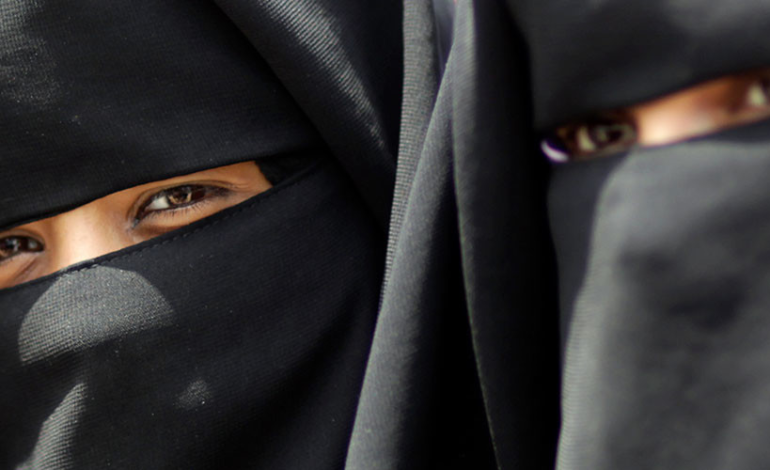 COPENHAGEN — Denmark’s government said last Tuesday it planned to fine people who covered their face in public, putting it in line to join France and others restricting the burqa and the niqab, worn by some Muslim women.

The center-right government, which is backed by the nationalist Danish People’s Party, said it would bring in legislation imposing fines of up to 10,000 Danish crowns ($1,658) for repeat offences. It did not give a date for a vote on the law.

Full and partial face veils such as burqas and niqabs divide opinion across Europe, setting advocates of religious freedom against secularists and those who argue that such garments are culturally alien or a symbol of the oppression of women.

“It is incompatible with the values ​​of the Danish society or the respect for the community to keep the face hidden when meeting each other in the public space,” Justice Minister Justice Soren Pape Poulsen said.

“With a ban, we draw a line in the sand and establish that here in Denmark we show each other trust and respect by meeting each other face to face,” he said.

The restrictions have been supported by the Danish People’s Party – which the minority ruling coalition depends on to push through legislation.

All three members of the coalition also said they supported such a move in October. The opposition Social Democrats signaled its support in principle for a ban on garments such as the burqa, which it said oppressed women.

Under the legislation, anyone found covering their face would be fined 1,000 crowns, then up to 10,000 crowns for repeat offences.

Covering the face when dressing up for Halloween or as a sport’s mascot would be allowed, the ministry said.

France, Belgium, the Netherlands, Bulgaria and the German state of Bavaria have all imposed some restrictions on the wearing of full-face veils in public places.