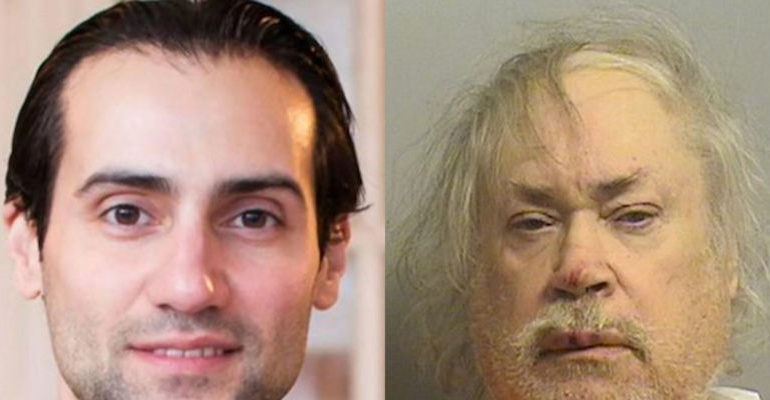 TULSA, OK — An Oklahoma man who harassed and attacked members of a Lebanese family living next door was found guilty Wednesday of first-degree murder, a hate crime and other charges in connection with the 2016 slaying of Khalid Jabara.

In addition to murder, Stanley Vernon Majors, 63, was found guilty of malicious intimidation or harassment, a hate crime, and threatening an act of violence, both misdemeanors.

He was also found guilty of possession of a firearm in the commission of a felony, during the jury’s second round of deliberations.

But she noted that when Majors gunned down her brother, he was out on bail, accused of running down her mother with his car 11 months before. She suffered a brain hemorrhage, broken ribs, a broken ankle, a damaged shoulder and a broken bone in her arm.

Majors was charged in connection with the hit and run and was jailed as he awaited trial. He was eventually released on bail.

In August 2016, Majors went next door, Stanley Vernon Majors up the front steps onto his neighbor’s porch, and shot and killed Khalid Jabara outside the home.

During the trial, Majors’ team built an insanity defense. His attorneys said this is not a case about hate, race or religion, but about a man so mentally ill he viewed the family next door as a threat. Majors feared the Jabaras, whom he thought were Muslims, would harm him because he is gay.

Psychiatrist Jason Beaman testified for the defense on Monday that Majors has schizophrenia.

“Majors was not able to understand the consequences of his actions” at the time of the shooting, he said. One of Majors’ attorneys, Justin Smith, said after the verdict that the defense would appeal the convictions after Majors is formally sentenced on February 20.

“We still are under the impression and belief that our client has a severe mental illness,” he said. “But we still respect the decision of this jury.”

On Wednesday, the jury recommended maximum sentences of life in prison without parole for murder, up to 10 years for possession of a firearm in the commission of a felony, one year for the hate crime, and six months for the violent threats.

The Jabara family previously told CNN that Majors would stand on the property line between their homes and shout, “Dirty Arabs!”

He called the family “Mooslems” and “dirty Lebanese,” the Jabaras said — even though they’re Christians who fled civil war and religious persecution in Lebanon decades ago.