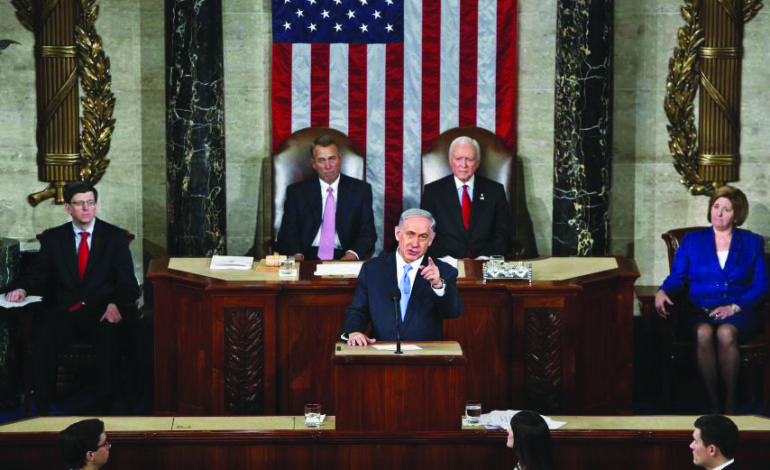 Despite massive sums of money spent to channel public opinion in the United States in favor of Israel, unmistakable trends in opinion polls are attesting to the changing dynamics of Israel’s support among ordinary Americans.

Not only is Israel losing its support and overall appeal among large sections of American society, but among young American Jews, as well — a particularity worrying phenomena for the Israeli government.

The trend promises to be a lasting one, since it has been in the making for years, starting some time after the terrorist attacks of September 11, 2001.

It was on that date that the affinity between Israel and the U.S. purportedly grew to unprecedented levels, since both countries claimed to be fighting “Islamic terror.” In reality, the attacks, the ensuing media discourse and subsequent wars have all coagulated the support of Christian Evangelists behind Israel, as they saw the widening conflict in the Middle East as part of a long-awaited prophecy.

It was precisely then that the support of Israel by American liberals, especially those identifying with the Democratic Party, began to weaken.

With time, supporting or not supporting Israel became a partisan issue, which is, itself, unprecedented.

While the Israeli government under Prime Minister Benjamin Netanyahu exploited every opportunity to maximize support for Israel in order to achieve objectives deemed important by the Israeli right wing, ultra-right and religious parties, Netanyahu’s conceited and confrontational style has alienated many Americans, especially Democrats.

Worse, Netanyahu’s policies of entrenching the occupation, blocking any peace efforts and expanding illegal Jewish settlements also began to shift the kind of support that Israel has historically taken for granted, that of American Jews.

A comprehensive Pew poll published in October 2013 indicated that a growing number of U.S. Jews question the sincerity of the Israeli government in its alleged efforts to find a peaceful resolution to the conflict in Palestine. Only 38 percent thought Tel Aviv was sincere and only 17 percent agreed that the illegal Jewish settlements are conducive to Israel’s security. Forty-four percent thought otherwise.

The Israeli government, aware of the generational gap within the U.S. Jewish communities, seemed more fixated on maximizing the unprecedented trend of support it was receiving from U.S. Republicans and religious conservatives, especially Christian Evangelists.

Fast forward to January 2018 and Israel’s ratings among American Jews has plummeted even further.

According to a recent Brand Israel Group study, “Support for Israel among Jewish college students in the United States has dropped 32 percent between 2010 and 2016,” reported the Israeli newspaper “Haaretz.”

The report was accompanied by stern warnings from the CEO and director-general of the influential Jewish Agency, Alan Hoffman, who described the findings as “extremely worrisome.”

However, no contingency plan is likely to reverse these numbers any time soon, since they are consistent with the overall perception of Israel among the U.S. population.

The assumption that the U.S. Jews is an insulated group which lends support to Israel, irrespective of political trends in the country as a whole, no longer suffices.

U.S. Jewish communities are changing, and so is the entire country.

The number of those identifying as “liberal” in the U.S. has leaped from 27 percent to 41 percent between 2000 and 2015, respectively.

This change was accompanied by rising sympathy towards Palestinians by that same group as indicated by a May 2016 Pew poll. More liberal Democrats said they sympathized with Palestinians than with Israel, in a ratio of 40 percent vs. 33 percent, respectively.

At the time, it was prematurely concluded by various media analyst that the growing disenchantment with Israel had much to do with the feud between Netanyahu and then-President Obama. Netanyahu had repeatedly challenged — and often humiliated —the popular Democratic president on various issues, notable among them is the expansion of the illegal settlements and the Iran nuclear deal.

The trend, however, continued, simply because once an issue falls in the realm of Washington’s partisan politics, it immediately becomes a polarizing one.

For decades, Israel was considered the only issue that united all Americans regardless of their political and ideological affiliations. That is no longer valid, and Netanyahu has played a major role in this.

While Christian Evangelists succeeded in making the unconditional support for Israel the litmus test for any candidate who seeks their vote, the Israeli cause is no longer a rally cry for Democrats.

Pew concluded that “the share of liberal Democrats who side more with the Palestinians than with Israel has nearly doubled since 2014 (from 21 percent to 40 percent) and is higher than at any point dating back to 2001.”

More studies by Pew were conducted in January 2017 and January 2018, all confirming that the trend is a lasting one.

Of all Democrats, only 33 percent sympathized with Israel according to Pew’s January 2017 poll. It was the “first time ever” that the Democratic Party “was split in nearly half between the support for Israel and the support for Palestinians.”

And as support for Palestinians grew among Democrats, so did the margin between the two major parties as the most recent January 2018 Pew research indicates.

True, Netanyahu’s strategy in courting U.S. conservatives has proved a success. However, the price of that success is that the relationship between Israel and the American public has fundamentally changed.

Netanyahu has shoved Israel into the heart of polarizing American politics, and although he has achieved his short-term goals (for example, obtaining U.S. recognition of Jerusalem as the capital of Israel) he has irrevocably damaged the decades-long consensus on Israel among Americans; and in that there is a great source of hope.