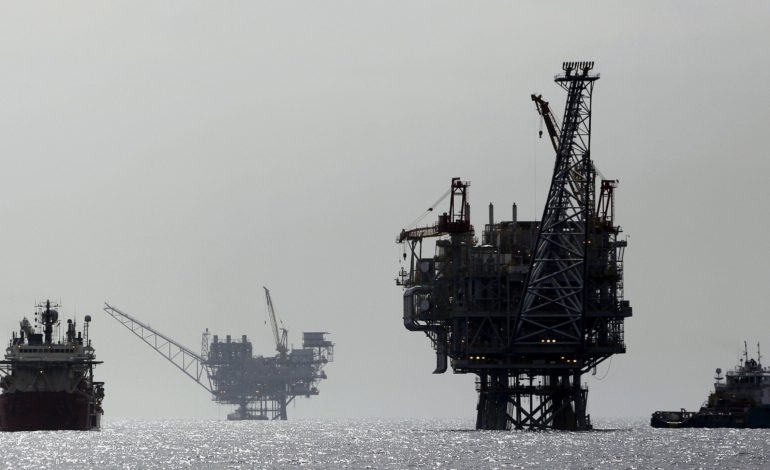 An Israeli gas platform, controlled by a U.S.-Israeli energy group, is seen in the Mediterranean sea, some 15 miles (24 km) west of port city of Ashdod, in this file picture taken February 25, 2013. REUTERS/File photo

The partners in Israel’s Tamar and Leviathan offshore gas fields said they would supply the private Egyptian firm Dolphinus Holdings with around 64 billion cubic metres of gas over a decade – with half coming from each field, and the proceeds shared equally.

His energy minister, Yuval Steinitz, called it the most significant export deal with Egypt since the neighbors signed their historic peace treaty in 1979.

The partners have also been trying to finalise a long-term deal to supply a Royal Dutch Shell Plc plant in Egypt.

Egyptian Petroleum Minister Tarek El Molla told the private Egyptian television channel ON E that outstanding disputes would have to be resolved for the deal to go through.

Molla’s comments refer to Egypt’s challenge to a 2015 ruling by the International Chamber of Commerce ordering Egypt to pay $2 billion in compensation after a deal to export gas to Israel via pipeline collapsed in 2012 due to months of attacks by insurgents in Egypt’s Sinai peninsula.

“We don’t mind importing gas from Israel, but we have terms in order (to allow) something like this to happen … most importantly, the settlement of ongoing arbitration,” Molla said.

An Egyptian government official who declined to be identified said the deal did not mean Egypt itself would import any gas from abroad.