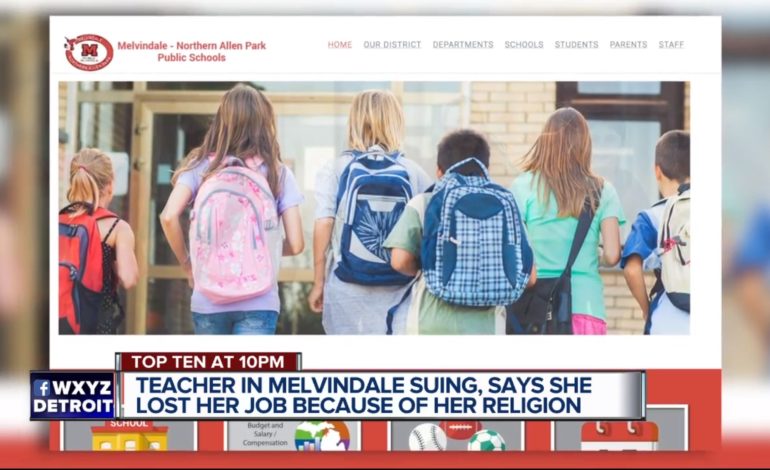 MELVINDALE, Mich. — WXYZ Channel 7 reports that a fifth grade teacher could have been forced out because she wears a hijab.

Amirah Mosed, the teacher, alleges she was mistreated while working at Allendale Elementary School, saying she was subjected to a hostile environment where she was told to “get a job in Dearborn” among other harassing statements.

“This is a woman who’s born in the US. Who is very American and a wonderful teacher and just a great person with a sense of humor, a delightful human being,” said her attorney David Nacht.

In the lawsuit says Mosed was told by her supervisors to resign or get fired, to “get a job in Dearborn”and was told her students were not safe with her, because she is of Yemini descent and wears a hijab.

”It got worse and the students loved her and she was written up and fired and it’s bologna. and its not America,” Nacht told WXYZ.

He added there were no legitimate concerns about her teaching abilities.

“She was just not perceived to fit the community to fit the school,” says Nacht. “What this case is really about making America safe in the workplace, for all Americans. All of us who might not fit the norm of what some boss, some principal, some local manager or vice president thinks the norm is.”

Mosed was fired in May of last year.