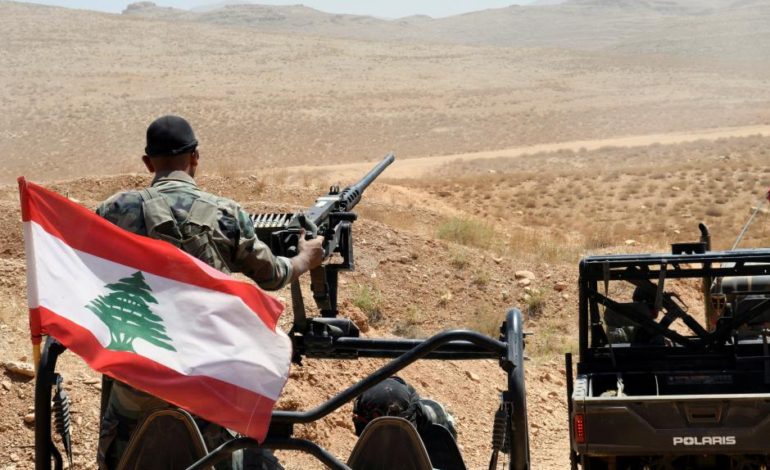 BEIRUT — Lebanese intelligence arrested a man on Wednesday they believe was a financial official for ISIS in Syria, a security source said.

The Syrian, arrested in the northern Lebanese city of Tripoli, was responsible for collecting money for the militant group in Albu Kamal, a city in eastern Syria, before ISIS was expelled from the area, the source said.

In November, the Syrian army and its allies recaptured Albu Kamal, ISIS’ last significant town in Syria. Most ISIS members withdrew from the town during the battle.

The arrested man, whom the source identified only as Saud, entered Lebanon through a legal border crossing using his brother’s identity. It was not clear when he entered the country and whether he was planning any militant activities, the source said.

In a separate incident, Lebanon’s General Security announced on Wednesday the arrest of another Syrian ISIS operative who had planned a suicide attack on an army bus.

Lebanese authorities say they have disrupted a number of ISIS plots in recent months. The last very big jihadist attack in Lebanon was a suicide bombing in Beirut in November 2015 which killed dozens.