I want to give back to all of you. I truly believe that there is no greater calling than public service. I want the opportunity to fight for you.

The event was held at the Ford Community and Performing Arts Center on February 19.

Woronchak, who is currently the commission chairman, attended the event, but said he hasn’t taken a formal position of supporting a candidate since he is running for State Senate.

“Obviously Sam is good man,” Woronchak told The AANews. “He is well liked in the community and he’s sincere. Obviously, this turnout shows that he’s got great support.”

Woronchak added he and Baydoun have been friends for a long time. 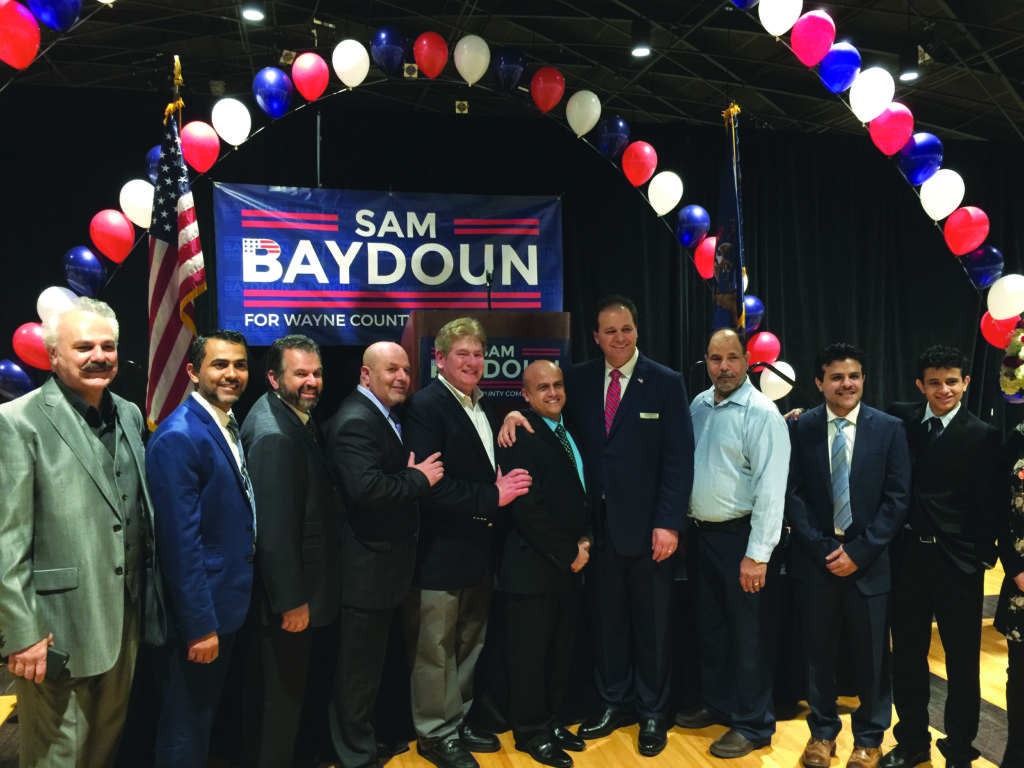 Hammoud also said that hasn’t formally supported anyone and encouraged any citizen to run for public office. He said it’s exciting to see someone run for office who has been a part of the community for so long.

Hammoud said that he hopes the next county commissioner will be a partner.

Hammoud added that he wants someone who will listen to the community’s needs and make them their focus moving forward.

“We’re going to have a new person at the county,” O’Reilly said during a speech. “If we are going to have someone new, the person we need to have is the man sitting right there in front of me.” He gestured to Baydoun.

O’Reilly also said it was important for Baydoun to win the commission seat because it is the best thing for Dearborn in the long term.

“He’s going to be a guy that is working to address the serious problems on your behalf,” John Dingell said. “He’s going to do a great job once he’s elected.”

“I’m only 12 years old and every day I watch my dad play the role of being my mom and my dad,” she said. “To him, it is always about helping people. Whether it be my mom, my brothers, my sister, a neighbor or a client, my dad will always help if he can.”

Baydoun’s wife, Ibtihal, fell critically ill in July 2016, requiring him to hire caregivers for her at home.

Baydoun told the crowd that he’s grateful for everyone’s support, that he looks forward to continuing the progress Dearbornites have built and that he’ll  be a reliable commissioner.

He also acknowledged that the night was missing one person, the love of his life, Ibtihal. 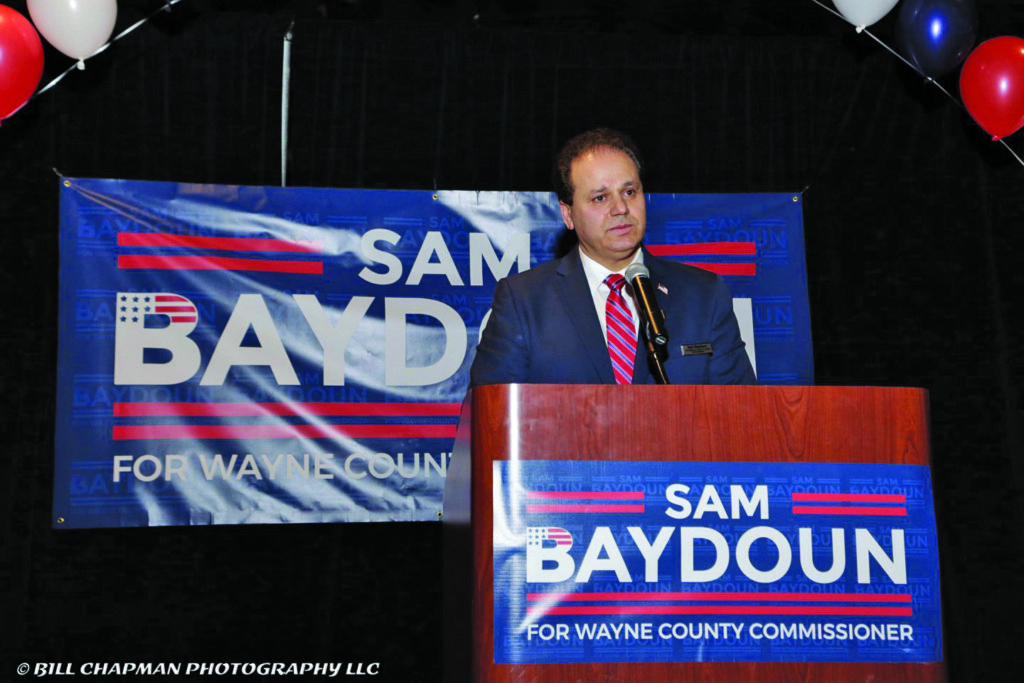 Baydoun said that support comes in the form of love and plain hard work. He said that’s what he’s given to his clients for the last 31 years as a real estate agent and broker in Dearborn and Allen Park.

Baydoun said his decades of working with everyday working people is unmatched. The 31 years as a real estate agent and broker bring a lot of important experience in complex business development transactions and contract negotiations, he said.

He added that he’ll work to bring regional economic development and provide real concrete solutions to regional transit issues the area is experiencing.

Baydoun also said that as a Wayne County commissioner he will continue to make public safety one of his priorities. He added that in the coming weeks his campaign will begin to knock on doors and that he wants to know people’s stories, to give them a voice through him.

“I want to give back to all of you,” he said. “I truly believe that there is no greater calling than public service. I want the opportunity to fight for you.”