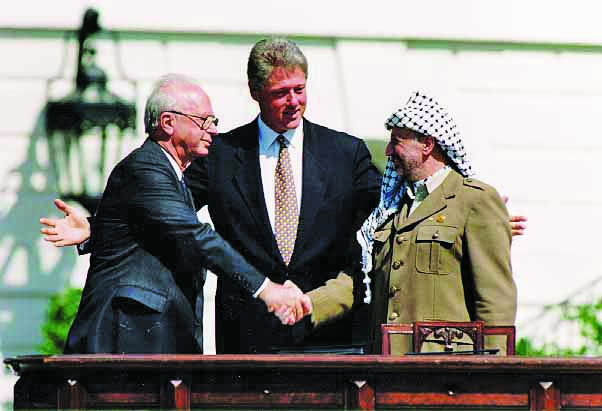 As soon as Virgin Atlantic Airlines introduced a couscous-style salad “inspired by the flavors of Palestine”, a controversy ensued. Israel’s supporters ignited a social media storm and sent many complaints to the company, obliging the airline to remove the reference to Palestine.

In the Zionist narrative, Palestine does not exist — nor is it allowed to exist — even if merely as a cultural conception.

The sad irony is that, while Israel appropriated Palestinian-Arabic couscous (the Palestinian dish, in particular, is known as “maftoul”), branding and marketing it in western countries as “Israeli couscous”, its supporters go to every extent possible to erase any reference that may validate Palestinian Arab culture, whether Muslim or Christian.

This is an old habit, an endemic practice that dates back to the destruction of nearly 600 Palestinian villages and localities in 1947-48. Palestinians refer to these earth-shattering events as the “Nakba” or catastrophe. Tellingly, Israel outlaws the use of the term or the commemoration of the tragic event in any way.

From claiming Palestinian Arab culinary culture as their own, to “Judaized” Arabic street names to rewriting history, Israel and its supporters are relentless.

All attempts have failed, until recently.

The 1993 Oslo Accords is a critical juncture that shattered the cohesiveness of Palestinian discourse and weakened and divided the Palestinian people. However, it is not too late to remedy this through decisive and concentrated efforts that overcome the challenge of a Palestinian political viewpoint beholden to self-seeking political aspirations and competing factions.

Essentially, the story of Palestine is the story of the Palestinian people, for they are the victims of oppression and the main channel of resistance, starting with the creation of Israel on the ruins of Palestinian villages. If Palestinians had not resisted, their story would have concluded right there and then and they, too, would have disappeared.

Those who admonish Palestinian Resistance, armed or otherwise, have little understanding of the psychological ramifications of resistance, such as a sense of collective empowerment and hope among the people. In his introduction to Frantz Fanon’s “Wretched of the Earth”, Jean-Paul Sartre describes violent resistance as a process through which “a man is re-creating himself.”

And for seven decades, Palestinians have embarked on this journey of the recreation of the “self.” They have resisted, and their resistance in all forms has molded a sense of collective unity, despite the numerous divisions that have been erected among them.

Relentless resistance, a notion now embodied in the very fabric of Palestinian society, denied the oppressor the opportunity to emasculate Palestinians, or to reduce them to helpless victims and hapless refugees. The collective memory of the Palestinian people must focus on what it means to be Palestinian, defining the Palestinian people, what they stand for as a nation and why they have resisted for years.

A new articulation of the Palestinian narrative is necessary, now more than ever before. The elitist interpretation of Palestine has failed and is as worthless as the Oslo Accords. It is no more than a tired exercise in empty clichés, aimed at sustaining American political dominance in Palestine as well as in the rest of the Middle East.

The peace process is dead, but the Palestinian people are still resisting; unsurprisingly, the people are mightier than a group of self-centered individuals. Grassroots resistance is not constrained by the frivolous politicking of PA leader Mahmoud Abbas or any other actors.

Abbas and his men have not only muzzled the political will of the Palestinian people and falsely claimed to represent all Palestinians, they have also robbed Palestinians of their narrative, one that actually unites the “fellahin” (peasants) and the refugees, the occupied and the “shattat” (diaspora), into one distinct nation.

It is only when the Palestinian intellectual is able to repossess that collective narrative that the confines placed on the Palestinian voice can be finally broken. Only then can Palestinians truly confront the Israeli Hasbara and U.S.-Western corporate media propaganda and, at long last, speak unhindered.

But there are obstacles, leading among them is the ruthless attempt by Zionist historians and institutions to replace the Palestinian historical narrative with their own. The story of the Palestinian cuisine on an airline menu may appear trivial in the greater scheme of things, but it is significant, nonetheless.

In the Zionist Israeli narrative, Palestinians, if relevant at all, are depicted as drifting nomads, without a culture or tradition of their own, an inconvenience that hinders the path of progress — a duplicate narrative to the one that defined the relationship between every Western colonial power and the resisting natives, always.

From the Zionist point of view, Palestinian existence is an inconvenience that was meant to be only temporary. “We must expel Arabs and take their places,” wrote Israel’s founding father, David Ben Gurion.

Assigning the Palestinian people the role of dislocated, disinherited and nomadic people without caring about the ethical and political implications of such false representations has erroneously presented Palestinians as a docile and submissive collective, to be wiped out by those more powerful.

Nothing could be further from the truth, and Palestinian resistance is the unremitting example of the strength and resilience of the Palestinian people. Palestinian culture is rooted, like the olive trees and mountains of Galilee.

Yes, the fight has been an arduous one. Between the rock of Israeli occupation and Hasbara and the hard place of Palestinian leadership acquiescence and failure, Palestine, Palestinians and their story have been trapped and misconstrued.

It is time for us to step up. We, as Palestinian writers, historians and journalists, assume the responsibility of reinterpreting Palestinian history and internalizing and communicating Palestinian voices, so that the rest of the world can, for once, appreciate the story as told by wounded, but tenacious, victors.