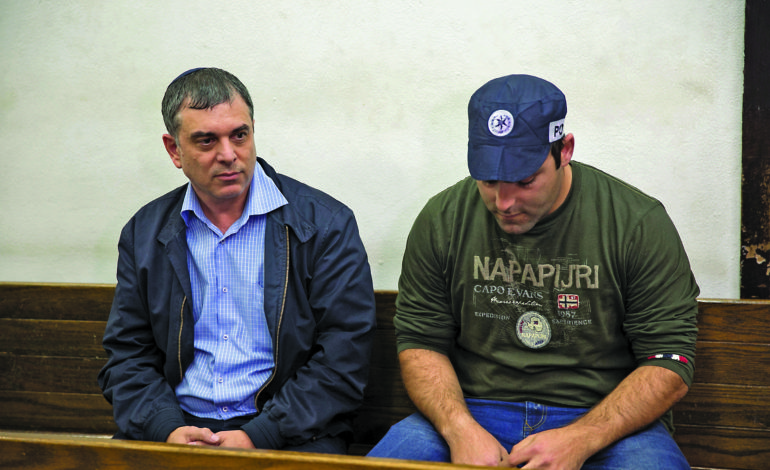 Shlomo Filber (L) sits at the Magistrate Court during his remand in Tel Aviv, Israel, Feb. 18 - Photo by Reuters

Shlomo Filber’s decision to testify for the state against his former boss is a dramatic turn for Netanyahu, whose inner circle had so far seemed watertight. Filber’s change of heart could leave the tough-talking Netanyahu at his most vulnerable yet, with one critic writing him off as a “political corpse”.

The development has also fueled speculation that Netanyahu, 68, will call a snap election to try to stall legal proceedings during the campaign and rally his right-wing power base behind him.

Israel’s dominant political figure for a generation – in power since 2009 and for 12 years total since 1996 – Netanyahu calls the allegations against him a “witch hunt” and has said he will seek a fifth term in a national ballot due in late 2019.

Filber, who was appointed by Netanyahu to head the Communications Ministry, was arrested this week along with top executives at Bezeq Telecom, Israel’s largest telecommunications company.

In unsourced reports, Israeli media said Filber has now agreed to testify for the state in the case, in which police allege that Bezeq’s owners offered favorable coverage on media they controlled in return for favors from regulators. Bezeq, its owners and executives deny wrongdoing.

A spokesman for the police fraud squad declined to comment. Filber’s lawyer was not immediately available to comment on whether a deal had been reached.

Police recommended last week that Netanyahu himself be indicted in two unrelated corruption investigations. The attorney-general must decide whether to accept the police recommendation to charge him.

In one he is suspected of bribery over gifts, which police say were worth nearly $300,000, that he received from wealthy businessmen. The other involves an alleged plot to win positive coverage in Israel’s biggest newspaper by offering to take measures to curtail the circulation of a rival daily.

In another case revealed this week, one of Netanyahu’s former spokesmen is alleged to have tried to bribe a judge to block a case against Netanyahu’s wife for spending state money on personal catering. A spokesman for the Netanyahu family called the allegation “hallucinatory.”