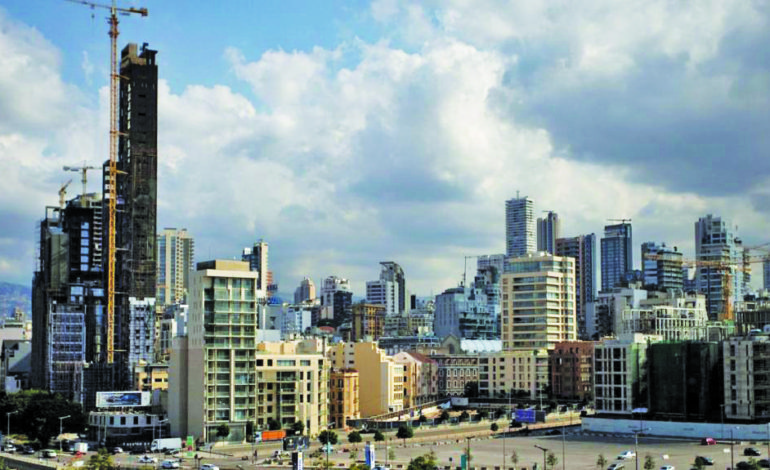 A view of downtown Beirut, Lebanon

BEIRUT — A senior U.S. diplomat met Lebanese officials on Wednesday in Beirut as part of a U.S. shuttle diplomacy effort to resolve tensions between Israel and Lebanon over a border wall and energy drilling in disputed waters.

Disputes over Israeli construction of the border wall, Lebanon’s start of oil and gas exploration at sea and the growing arsenal of Lebanon’s Iran-backed Shi’a group Hezbollah have caused a spike in tensions between Lebanon and Israel, both friends of the United States that regard each other as enemies.

This month, Lebanon signed its first offshore energy exploration and production agreements with a consortium of France’s Total, Italy’s Eni and Russia’s Novatek. One of two blocks given to the consortium, Block 9, contains waters claimed by Israel.

David Satterfield, the acting U.S. assistant secretary of state for Near Eastern Affairs, has been shuttling back and forth between Israel and Lebanon in a bid to resolve the disputes.

This was an apparent reference to a maritime demarcation line proposed by U.S. diplomat Frederic Hof in 2012, which would give Lebanon around two-thirds and Israel around one-third of a disputed triangular area of sea of around 860 sq km (330 square miles).

A senior Lebanese government source said Satterfield did not come with any new plan, and talks still revolve around the Hof line.

A source in the foreign ministry said he discussed the disputed area, how Lebanon can preserve its rights and how to keep exploration and drilling from being affected.

The U.S. Embassy in Lebanon said Satterfield “continues to engage” on regional issues and on helping Lebanon develop its resources in agreement with its neighbors.