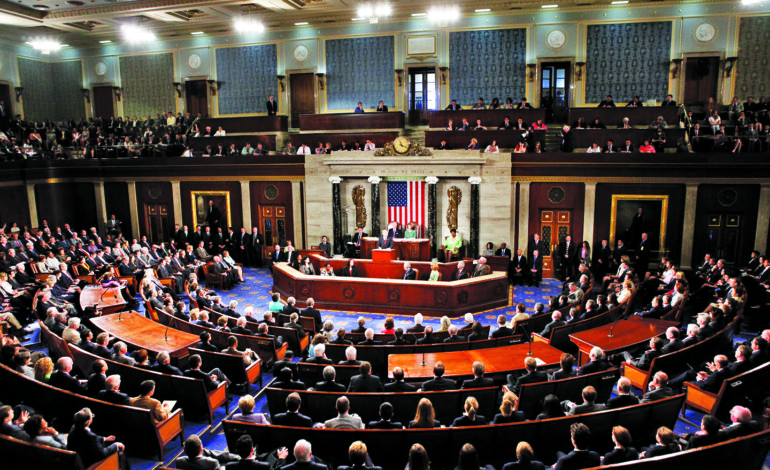 The chamber of the House of Representatives in Washington, D.C.

Over the course of the following weeks, The AANews will be looking at U.S. Congressional candidates in the Aug. 7 and Nov. 6 elections. Here are some from Flint and Metro Detroit.

Kildee, a native of Flint who now lives in Flint Township, has served in Congress since 2013. He is a member of the House Financial Services Committee. He worked with federal agencies during the Flint water crisis to help Flint residents and advocates for protecting the environment and the Great Lakes, investing in education and job creation.

At press time, he has no announced challengers from either party.

Bishop, a resident of Rochester, is a former senate majority leader. A member of Congress since 2015, he sits on the House Ways and Means Committee. He favors replacing the Affordable Care Act, reducing regulations and tax reform, among other issues. In May 2016, he spoke on the House floor, calling for justice for victims of a meningitis outbreak in his district.

A resident of Holly, Slotkin worked under both Presidents George W. Bush and Obama in the intelligence service. She was a CIA analyst in Iraq and worked in both the State Department and the Defense Department, as well as the office of the Director of National Intelligence. Obama nominated her as assistant secretary of defense.

According to her website, she will fight to ensure that all people have access to affordable health care and prescription drugs; she’ll, “protect against threats to our environment, our security and the very real threats posed by our aging infrastructure” and “will fight to bring real economic opportunity to our communities here in Michigan.”

A public policy and law professor at Michigan State University’s School of Criminal Justice since 1994, Smith teaches and writes about public policy, law, American government and criminal justice. He favors increasing the minimum wage and stopping attacks on labor unions, “in order to help all American workers enjoy a living wage that will enable them to support their families.”

He also advocates for Medicare for all, accelerating the development of and reliance upon renewable energy, legalizing the personal use of marijuana and ensuring people have control over personal decisions about their own lives, “including women’s right to control their own private choices about health care and their bodies.”

U.S. Rep. Sander Levin (D-Royal Oak), who was first elected in 1982, has decided to retire rather than seek another term. His now-open seat is currently being sought by four Democrats— including his son, Andy— and one Republican.

Bieda, a resident of Warren, was elected to the State House in 2002. In 2010, he won election to the State Senate, winning reelection in 2014. He is running on his legislative experience, pointing out to the Detroit Free Press his, “legislative experience and success in proposing measures to crack down on corrupt political practices, strengthen unions and protect the environment.”

Brook, a Bloomfield Township resident and a labor and employment law attorney, served on the Bloomfield Hills School Board from 2005-2010. According to the Free Press, he is, “committed to increasing investment in infrastructure, higher wages and job creation” and seeks to fight, “attacks on our public education and the diminished health care and retirement options that threaten our middle class.”

Levin is a longtime labor organizer who served as deputy director and acting director of the Michigan Department of Energy, Labor & Economic Growth from 2007-2011, and as the state’s chief workforce officer.

His priorities include restoring the middle class, universal health care, human rights for all and making Michigan the center of a new energy economy involving electric cars, wind and solar energy production.

Lipton, who served as a state representative from 2009-2015, is a Huntington Woods patent attorney who said she’s running for Congress because she wants America to return to the land of opportunity it used to be.

During her time in the state legislature, she fought Betsy DeVos, now the secretary of education, saying in a statement, “I’ve taken on Betsy DeVos to fight for public education and I’ll do it again.”

Her priorities include a strong public education system, protecting and expanding Social Security, investing in infrastructure and creating well paying job, raising the minimum wage to a living wage and universal health care.

Stearns,  who has been an executive committee member of the Macomb County Republican Party and is currently a small business owner, used to sell Blue Cross Blue Shield insurance. She plans to use her experience in the insurance industry to address access to care, quality of care and cost of care, things she said the Affordable Care Act failed to tackle.