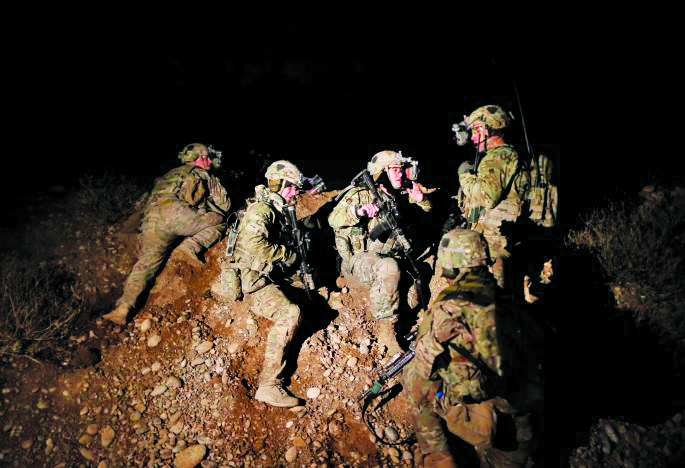 BAGHDAD — Iraq’s parliament demanded on Thursday that the government set a timeline for the withdrawal of foreign troops stationed in the country to help fight ISIS insurgents, a ruling coalition lawmaker said.

A U.S.-led coalition was formed in 2014 and with thousands of troops and air support helped Iraqi security forces and a Kurdish-led Syrian militia roll back ISIS across large swathes of Iraq and Syria and destroy the cross-border caliphate set up by the jihadists. Iraqi Prime Minister Haider al-Abadi declared victory over ISIS in December.

ISIS has since reverted to a guerrilla-style insurgency and continues to carry out attacks on selected targets.

The Iraqi parliament’s demand underscores the balancing act Abadi must conduct between the United States and Iran, his two biggest military allies who are themselves arch-adversaries.

There are no Iranian regular forces in Iraq but there are Iranian-backed Shi’a militia allied with Abadi’s government.

“Parliament voted for a decision to thank friendly nations for their support in defeating [ISIS] and at the same time to demand the government set a timeline for the withdrawal of foreign troops,” lawmaker Husham al-Suhail told Reuters.

“It is up to the government to decide how long we need them here – one year, two years, it’s up to them.”

Thursday’s vote, backed by all but a handful of the 177 lawmakers present, was sponsored by lawmakers from the ruling Shi’a Muslim bloc in parliament.

“The timing of the vote, right before the election, is a message from pro-Iran parties that they do not want American troops in Iraq forever,” said political analyst Ahmed Younis.