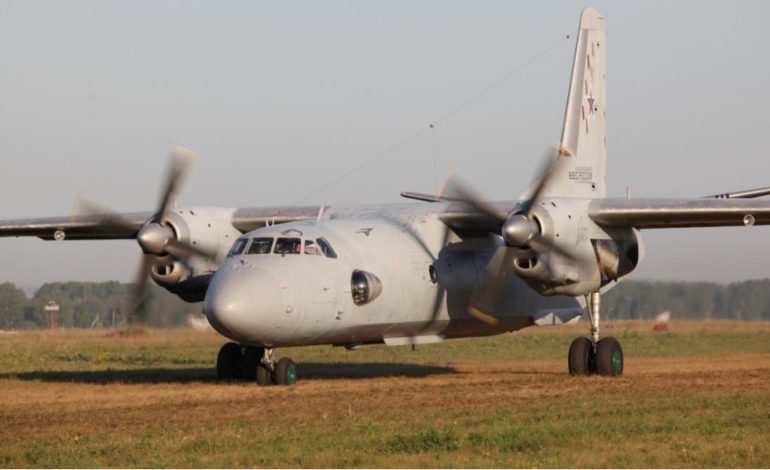 A Russian military transport plane An-26 is seen of the unpaved runway of the Shagol airfield in Chelyabinsk region, Russia August 22, 2016. The plane of the same type crashed at Russia's Hmeymim air base in Latakia Province in Syria on Tuesday. Picture taken August 22, 2016. Interpress/Vladislav Belogrud via REUTERS

MOSCOW – A Russian military transport plane crashed in Syria on Tuesday, killing all 39 people on board, Russian news agencies quoted the defense ministry as saying, sharply raising the death toll from the Kremlin’s intervention in the Syrian war.

The defense ministry was cited as saying that the plane, a Soviet-designed An-26, crashed at Russia’s Hmeymim air base in Latakia Province and that initial information suggested the incident may have been caused by a technical fault.

“According to the latest updates, the An-26 transport aircraft, which crashed while landing at Hmeymim airbase, was carrying 33 passengers and six crew. All of them were members of the Russian Armed Forces,” Interfax news agency quoted the defense ministry as saying.

“The crew and the passengers were killed.”

Russian state TV cited military officials as saying the aircraft had not been brought down by enemy fire. It said the crash happened as the plane came into land at Hmeymim, and that it came down around 500 meters (550 yards) short of the runway.