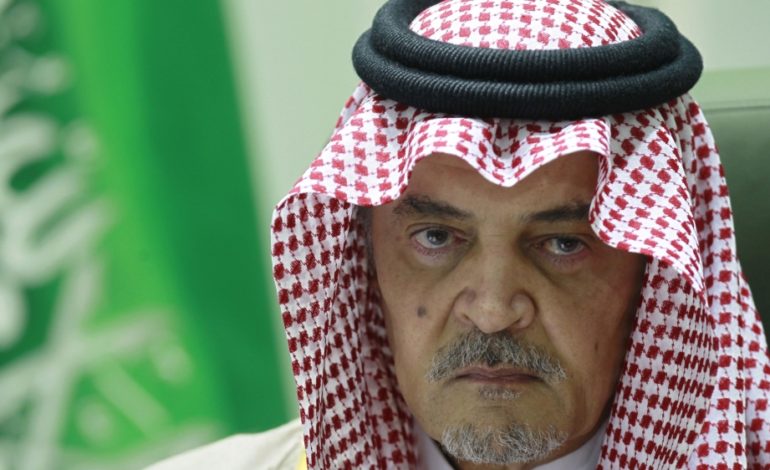 A business entity affiliated with the late Saudi Prince Saud al-Faisal owns the Beverly Hills compound, which had previously been shopped around for $145 million. A Los Angeles compound owned by Saudi royalty is coming on the market for $110 million.

The Beverly Hills estate, located on about 14 acres, features more than 35,000 square feet of interior space, as well as manicured outdoor spaces with tree-lined promenades, a tennis court and a swimming pool, according to the listing.

It features a dramatic courtyard entrance with a water feature and additional guest and staff residences. The formal entryway has a retractable roof.

“It’s a magnificent retreat for someone who wants to get away,” said the listing agent, Jeff Hyland of Hilton & Hyland. “There’s a spectacular private driveway and, from up there, you can see the ocean all the way to Catalina Island.”

The owner of the property is Canessa Investments N.V, a business entity affiliated with the late Saudi Prince Saud al-Faisal, who died in 2015, and his wife, Princess Johara bint Faisal, according to property records and legal filings. The prince served as his country’s foreign minister from 1975 until 2015. It wasn’t clear if Princess Johara, who couldn’t be reached for comment, still lives at the property.

The compound was previously shopped around quietly by the real-estate agents Josh and Matt Altman of Douglas Elliman for $145 million, but was never publicly listed for sale, according to people familiar with the situation. The Altman brothers didn’t immediately respond to a request for comment.

The neighboring property, known as the Palazzo di Amore, is the decade-long project of real-estate investor Jeff Greene and was previously listed for $195 million in 2014. The price has since been lowered to $129 million.