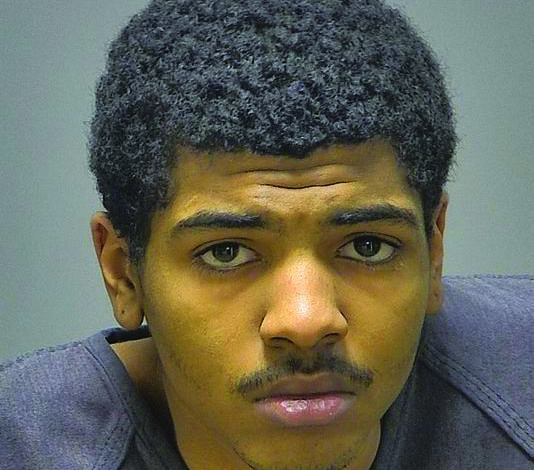 MOUNT PLEASANT — A 19-year-old student accused of killing his parents at Central Michigan University has been transferred to jail from a hospital.

Records show that James Davis Jr. was moved to the Isabella County jail on Wednesday. He heard the murder charges against him while in a hospital bed this week.

Authorities say Davis shot his parents, James and Diva Davis, of Plainfield, Illinois, in his dorm room last Friday. He was captured early Saturday after a 16-hour manhunt in Mount Pleasant.

Police said Davis’ parents had picked him up Friday morning from a hospital where he had been brought for suspected drug use. His parents had planned to take him home.

Davis’ interactions with the police began Thursday, when the sophomore came to a CMU community police officer frightened, saying someone he knew had a gun and was going to hurt him. After police investigated further, Campus Police Chief Bill Yeagley said officers informed Davis there was no threat and he told them he would be leaving in the morning.

Three to four hours later, Yeagley said Davis was seen by officers in the area with a number of suitcases and bags, acting in a fashion “that is not reasonable or logical.”

Yeagley said an officer then asked Davis to call his parents and communicated with his mother, telling her what they observed and shared concern that Davis’ behavior may be related to drugs. Yeagley said Davis’ mother shared this concern.

After picking up Davis at the hospital on Friday, the family had come back to Campbell Hall to pack up Yeagley said.

The police chief said a witness, whose statement has been corroborated by surveillance video, told police Davis came from the parking lot and into the residence hall with a gun, before shots were reported.

The brother of the alleged killer said in a social media post that he is devastated by the deaths of his mother and father, but asked for prayers and support for his brother.

“I STILL LOVE MY BROTHER!” Russell Matthew Davis said in a weekend Facebook post “I want him safe, supported and prayed for just like my sister Alexis Davis and I.”

A funeral for Davis’ parents is set for Saturday in Broadview, Illinois.