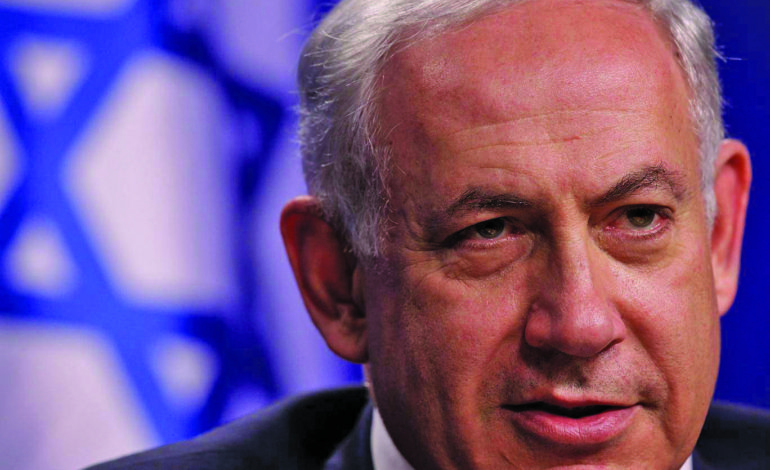 WASHINGTON, D.C. — U.S. and Saudi negotiators have yet to reach a deal to allow American companies to build nuclear power reactors in the kingdom, but the idea is already getting pushback from Israeli Prime Minister and Trump ally Benjamin Netanyahu.

On Tuesday, Netanyahu, during a closed door meeting with the Senate Foreign Relations Committee in Washington, spoke out against any agreement that would allow the Saudis to enrich uranium and reprocess plutonium, Senator Bob Corker, the committee’s chairman, said in an interview with Bloomberg newswires.

“He certainly is opposed,” Corker said.

Allowing Saudi Arabia to enrich and reprocess fuel from commercial nuclear power plants — something it wants to be able to do — would be a break from previous agreements with the United Arab Emirates and other countries that forbids such activity. But it also presents a chance for President Trump to advance his goal of reviving the lagging U.S. nuclear-power industry and help companies such as Westinghouse Electric Co. and Exelon Corp.

Neither the Energy Department, the White House nor the Israeli embassy responded to requests for comment Wednesday afternoon.

U.S. Energy Secretary Rick Perry led a delegation to London last week to meet with Saudi officials and discuss a potential deal for as many as 16 reactors over the next 25 years at a cost of more than $80 billion.

“Secretary Perry and an inter-agency team had discussions over the weekend with our good friends from the Kingdom of Saudi Arabia regarding their plans for a civil nuclear program,” Energy Department spokeswoman Shaylyn Hynes told Bloomberg in an email on Monday. “Those discussions continue.”

The prospect of Saudi nuclear plants is already drawing opposition in Congress, including from Corker, who said he told Perry that any deal that fails to prohibit enrichment will be a cause for concern. Enrichment alters uranium in a way that it can be used for nuclear weapons.

Congress will likely have an opportunity to pass a resolution of disapproval or amend any Saudi agreement via a resolution of approval with conditions, said Daryl Kimball, executive director of the Arms Control Association, a Washington-based nonprofit that supports arms control.

But those measures would be subject to a veto from the president, he said in an interview.

Still, lawmakers are vowing to try stop it.

“I see no reason for us to support the spread of nuclear weapons, we should be doing exactly the opposite,” said Dianne Feinstein, the top Democrat on the Senate Judiciary Committee. “I’m old enough to have been a small child when we dropped a bomb over Hiroshima and 200,000 people were killed outright.”