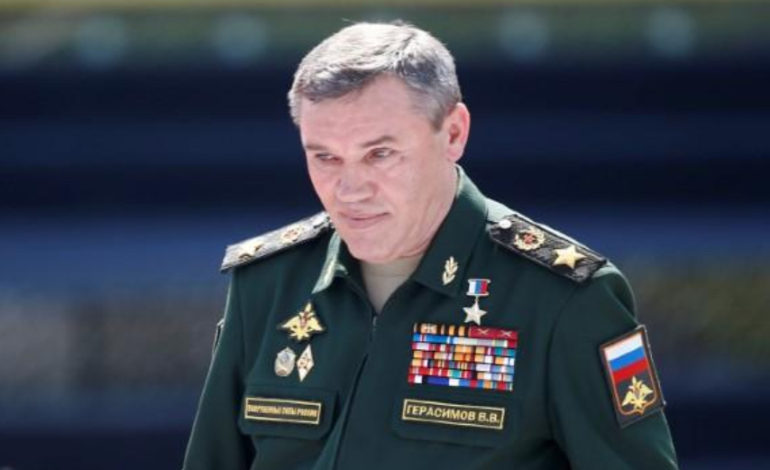 MOSCOW – Russia said on Tuesday it had information that the United States planned to bomb the government quarter in Damascus on an invented pretext, and said it would respond militarily if it felt Russian lives were threatened by such an attack.

Rebels in the enclave of eastern Ghouta were planning to fake a chemical weapons attack against civilians and blame it on the Syrian army, said the head of Russia’s General Staff, Valery Gerasimov

Valery Gerasimov, head of Russia’s General Staff, said Moscow had information that rebels in the enclave of eastern Ghouta were planning to fake a chemical weapons attack against civilians and blame it on the Syrian army.

He said the United States intended to use the fake attack as a pretext to bomb the government quarter in nearby Damascus where he said Russian military advisers, Russian military police and Russian ceasefire monitors were based.

“In the event of a threat to the lives of our servicemen, Russia’s armed forces will take retaliatory measures against the missiles and launchers used,” Gerasimov said in a statement.

He did not say when the alleged attack would take place or provide detailed evidence to back his assertions.

U.S. Ambassador to the United Nations Nikki Haley warned on Monday that Washington “remains prepared to act if we must,” if the U.N. Security Council failed to act on Syria, as the Syrian army’s onslaught in eastern Ghouta continued unabated.

The head of Russia’s military General Staff and the head of the U.S. Joint Chiefs of Staff discussed the Syrian crisis, including the situation in besieged eastern Ghouta, the Russian defence ministry said on Tuesday.

The two men agreed in their telephone conversation to continue bilateral contacts, it added.