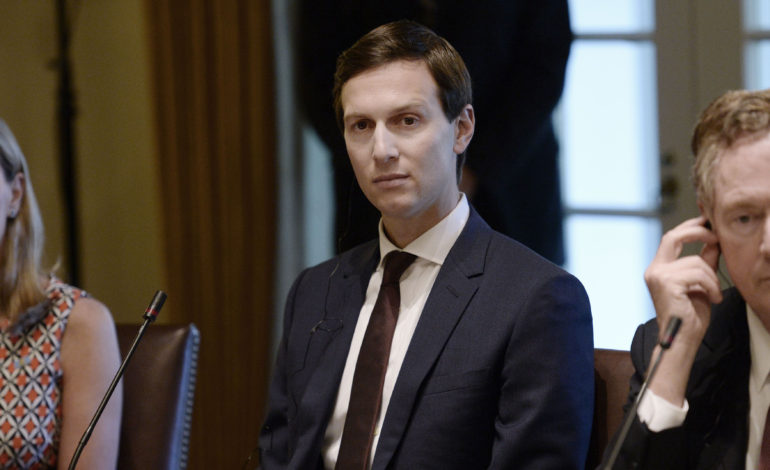 WASHINGTON – The White House on Tuesday hosted 19 nations, including Israel and Arab Gulf states, to address the humanitarian crisis in Gaza, but the Palestinian Authority boycotted the meeting, angered by the Trump administration’s policies on Jerusalem.

President Trump reversed decades of U.S. policy in December, when he decided to recognize Jerusalem as Israel’s capital and move the U.S. embassy there from Tel Aviv. This incensed Palestinians and other U.S. allies.

The administration is also putting the final touches on a Middle East peace plan, and U.S. officials said the conference was integral to future negotiations.

“Fixing Gaza is necessary to achieve a peace agreement,” one of the senior administration officials said. The officials stressed that the multi-nation humanitarian and reconstruction effort remains in beginning stages.

Jared Kushner, a senior adviser to Trump who is overseeing the Israeli-Palestinian peace-process for the White House, gave a two-hour presentation to the attending countries, officials said, but the potential U.S. peace plan was not addressed.

Attendees included representatives from Egypt, Jordan, Saudi Arabia, Qatar, Bahrain, Oman, and the United Arab Emirates, as well as several European nations. The format did not allow for direct discussions between Israel and the Arab states, officials said.

Potential electricity, water, sewage, and health projects were discussed, but officials declined to outline specific proposals. A senior administration insisted that many projects could be implemented without assistance of the Palestinian Authority, but the goal was to have it ultimately engage in the multi-lateral process.

Gaza faces a 43.6 unemployment rate, and many in Gaza blame Israel for the hardships, accusing it of placing an economic blockade on the enclave that has drastically reduced movement of people and goods.

But Gazans also fault their own leaders, complaining of a power struggle between Hamas and Fatah.

Israel, which pulled its settlers and soldiers out of Gaza in 2005, says it has been forced to control access to and from the territory to prevent Hamas from sending out gunmen and bombers, and from smuggling in weapons or material to make them.

The Palestinian Authority’s prime minister, Rami Hamdallah, escaped an apparent assassination attempt in Gaza on Tuesday, when a bomb struck his convoy. Hamas and the Palestinian Authority signed an agreement in October that called for tHamas to hand administrative control of Gaza to the Authority, but it remains to be fully implemented.